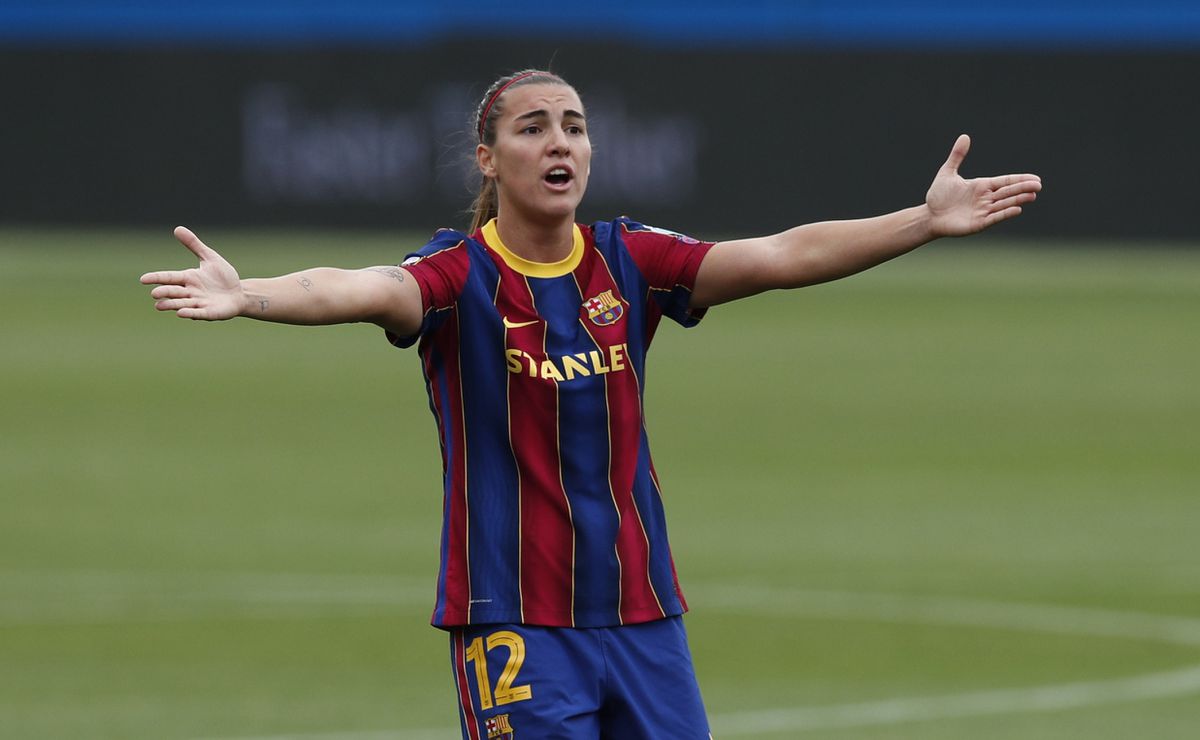 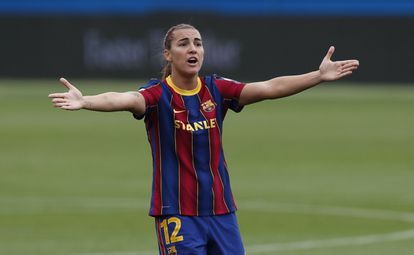 “If I stop, my foot falls asleep.” It was January 2019 and Patri Guijarro (Palma, 22 years old) did not stop still. While her teammates rested, drank water or simply stood to listen to the instructions of the coaching staff, the Barcelona midfielder went round and round in the training ground of the Sports City. So during the day; at night, everything was getting worse. “The pain was so great that I couldn’t even sleep. It was very hard, because it was a disconcerting injury. Little known ”, says Guijarro. It was a ganglion in her right foot that left her out of the first Champions League final in the history of Spanish football, the one that Barcelona lost to Lyon in Budapest. “We were very worried, we were afraid that he would not be able to play again,” they recall at Barça. Six months and two operations later, Guijarro reappeared in the World Cup in France with Spain. “It was clear to me that I was going to return. Today, mentally I am stronger ”, explains the azulgrana before a new final of the European Cup, this Sunday (21.00) against Chelsea.

Her personal Stations of the Cross catapulted her as one of the players most committed to the environment in the locker room. “She is the first to pay attention when a partner is not well. And he asks the coaching staff not to put an end to a player who is not having a good time. It’s surprising, he’s only 22 years old, ”explains a Barcelona employee. Instead, she synthesizes his character in a more pragmatic way. “I am a very social, close and outgoing person. I love being in a good mood and having a good atmosphere ”, explains Patri Guijarro.

Glue in the dressing room and on the pitch, at Barça the alarms went off when Guijarro missed the first leg of the semifinals against PSG due to suspension. “It is our Busquets. The player who gives meaning to the game ”, they explain from the sports area. “I don’t know if my personality can be related to my game. It is true that I am the same both on and off the field ”, intervenes the midfielder. Barça drew in Paris and, already with Guijarro in the eleven, won the return to the French team. “It’s not just that she is a good player. It is that it makes others better. She always offers a pass line and her teammates know it and look for it. He does it both in attack and defense. He has a proactive attitude, as well as an incredible game read ”. “Play pivot at Barça?”, Says Patri; “It is responsibility. It is a position that implies balance and that is the most important part for me ”.

After each match, the players receive a video with comments from the coaches regarding the aspects of the game to enhance and improve. Guijarro is one of the Catalans that spends the most time talking to the coaching staff. Obsessive with the game, when she had to go behind in the duel against Levante in the League, she asked, in addition to her videos, those of Pereira and Mapi León, Barça centrals. “I knew it was an important game, Levante was second in the standings and I had to replace Mapi, who had been sent off against Madrid. He wanted to study what his teammates were doing ”, they say in the Ciudad Deportiva. One day before the game, he insisted again. He had a meeting with the assistant coach to reminisce about his new moves.

Pebble looks as if it was cloned in the field. “It always appears everywhere. Is incredible. You can give her any ball that she always solves well. He plays as a pivot like nobody else, but he can do it inside or as a center-back ”, they describe her from the locker room. “She is the typical player to whom you would give The Best award every year, but you know they are not going to give it to her,” they finish off in the coaching staff.

Pereira, a sanctioned central defender, will not be able to play in Sunday’s final against Chelsea in Gothenburg. The coach, Lluís Cortés, already knows that if he needs Guijarro, he will have her there. First talking about tactics with his collaborators, then to give temperance to the team. It could not be in Budapest, but there is no one to move it from another final.