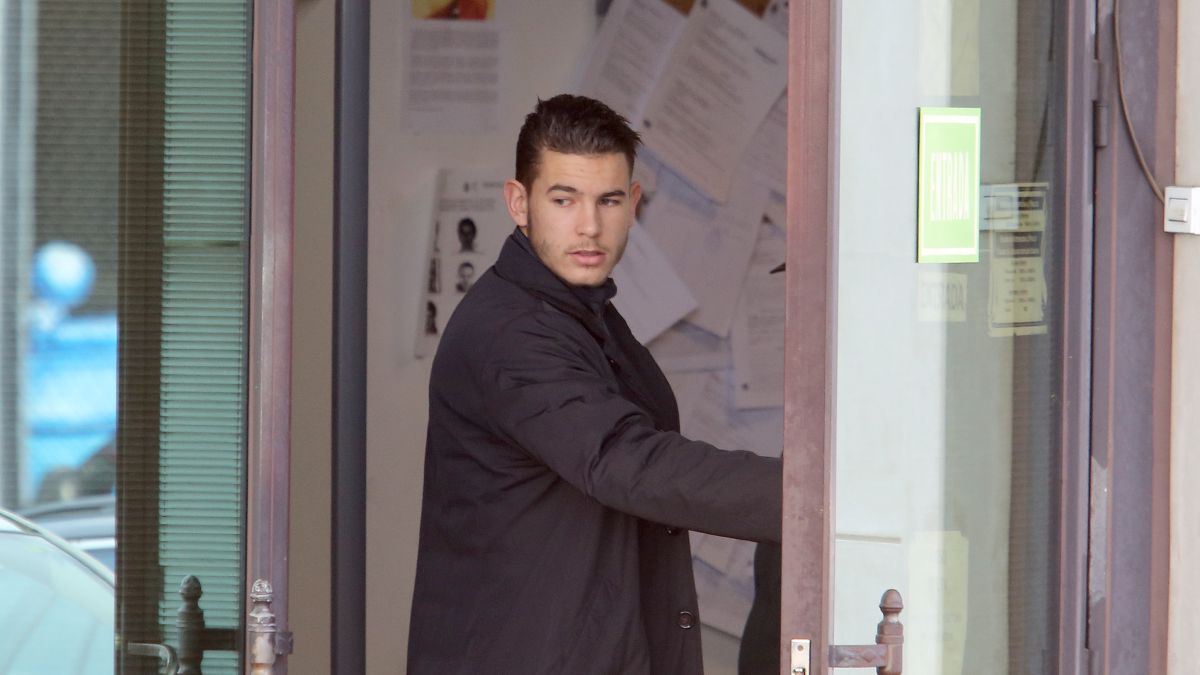 Exclusive to AS newspaper: The Criminal Court number 32 of Madrid has ordered the entry into prison of Lucas Hernández, jBayern Munich player who recently won the Nations League with the French national team and was previously a player for Atlético de Madrid.

The ordering procedure was issued by the Administration of Justice on September 14. In this diligence, “Mr. Lucas François Bernard Hernández to appear in this Court on October 19, 2021, at 11:00 hours, in order to be personally required to voluntarily enter the Penitentiary center of his choice within ten days ”. Lucas is sentenced to six months in prison and his appeal was not attended as he was not a primary offender; that is, by having a criminal record. In case that Lucas does not appear on the 19th at the scheduled time and if The Provincial Court has not addressed the appeal before, the search and arrest warrant will be issued.

The events date back to February 3, 2017. Lucas Hernández, then Atlético de Madrid player, starred with his wife, Amelia de la Osa Lorente, in a crime of abuse in the family environment in the middle of the street. Then, a Madrid court sentenced both to 31 days of community service and prevented them from approaching or communicating by any means for six months, which is commonly known as a restraining order.

Despite those convictions (both him and her), they both decided to go on their honeymoon together. On the way back from the honeymoon, at 9:30 on June 13, both were surprised at the ticket filter of the Adolfo Suárez-Madrid Barajas airport after landing on a flight from Miami.

Lucas was arrested and placed at the disposal of the Court of Violence against Women number 3 of Madrid, who subsequently released him. Amelia was identified but not detained, as the court had not yet notified her of the restraining order.

Subsequently, The Prosecutor’s Office requested a year in prison for Lucas when it understood that the footballer broke the withdrawal sentence.

The Criminal Court number 35 of Madrid Lucas sentenced to six months in prison as the perpetrator responsible for a crime of violation of the sentence of article 468.2 of the Penal Code. In the proven facts of this sentence it is established that Lucas “aware of the prohibition of approaching less than 500 meters from his sentimental partner issued in sentence, fully in force and with full contempt for it, was in the company of ASL at the airport by Adolfo Suárez –Barajas de Madrid, from Miami ‘, from where they had traveled together.

Lucas’s lawyers requested the suspension or replacement of the sentence for community benefit work, but the appeal was denied since Lucas had already initially failed to complete the 31 days of work that were imposed on him in 2017.

It must be emphasized that the cause for which Lucas Hernández is now being requested to enter prison is not because of that initial altercation with his current wife, but because he disobeyed an order given by a judge, so now it is the Administration of Justice that goes against the player.

Lucas’ defense has filed an appeal against that sentence and it will be the Provincial Court that considers it or rejects it. In any case, Lucas must be personally in Madrid on October 19 so that, within ten days, he can choose the Penitentiary Center where to enter.

As the case is already resolved, you cannot request a postponement, although It is possible that the Court will consider the appeal and dictate that Lucas should not enter prison or that he enter prison and be released after a few days.

In accordance with the current regulatory framework, in criminal enforcement, once the courts deny an alternative measure to imprisonment, the convicted person enters and, if the appeal is upheld, is released.

To all this, as AS could know, Bayern Munich was not aware of this case until this month of October, although the player was notified much earlier