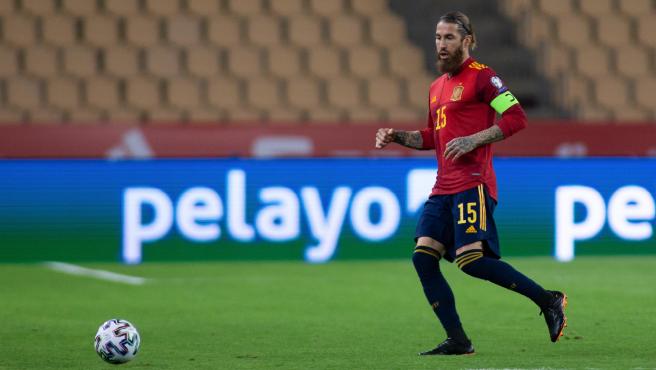 The possibility had been latent for days, but few believed that Luis Enrique was not going to summon anyone from the Real Madrid. And yet it has: for the first time in the history of the national team, there will be no white footballer in a major tournament.

The least time there was was in 1950, when it was only Luis Molowny to the Brazil World Cup, and since then he had always called at least two. The record for Madrid presence was in the 1988 Eurocup, with eight, (Camacho, Gallego, Gordillo, Sanchís, Michel, Martín Vázquez, Butragueño and Buyo) and in the last World Cup, the controversial one of 2018, the list made by Lopetegui (and then trained by Iron) had five meringues: Carvajal, Nacho, Ramos, Asensio and Lucas Vázquez.

The coach’s explanations made it clear that it was not Sergio Ramos the only candidate, but had thought of Dani carvajal. According to the Asturian coach, it is precisely that position, that of the Right side, the one that worries you the most.

“Two of the players who could have participated are Carvajal and Ramos, who could have been. I do not make bobbin lace or to make one or the other happy. I understand that they want to be players of their club, although sometimes they want them to rest in some parts of the season. If more from one team or another come … I regret that these Real Madrid players are not there because of the injuries they have had, “he analyzed in this regard.

Among the absences also stands out that of Nacho Fernandez, whose performance in the final stretch of the season has been excellent. The central sounded strong, but still does not count for Luis Enrique: his last call was in 2018.

What Marco Asensio or Isco Alarcon They weren’t more predictable. Both are part of the second or third unit of Zidane, and they have hardly participated this year in competitive conditions and in their respective positions there are footballers much more fit.

One of the great news with respect to other teams is that Luis Enrique has not exhausted the possibility of calling 26 footballers, but 24. The coach explained that this way he can train better, and that only one will remain in the stands.

In any case, there will be no possibility of calling Ramos or Carvajal (which, he insisted, were the only candidates), as explained by the coach … except in case of injury of one of the summoned. Until the 12th there is the possibility to modify the list, as long as it is for medical reasons. Only in that case, and as long as they are in conditions, could I call someone.