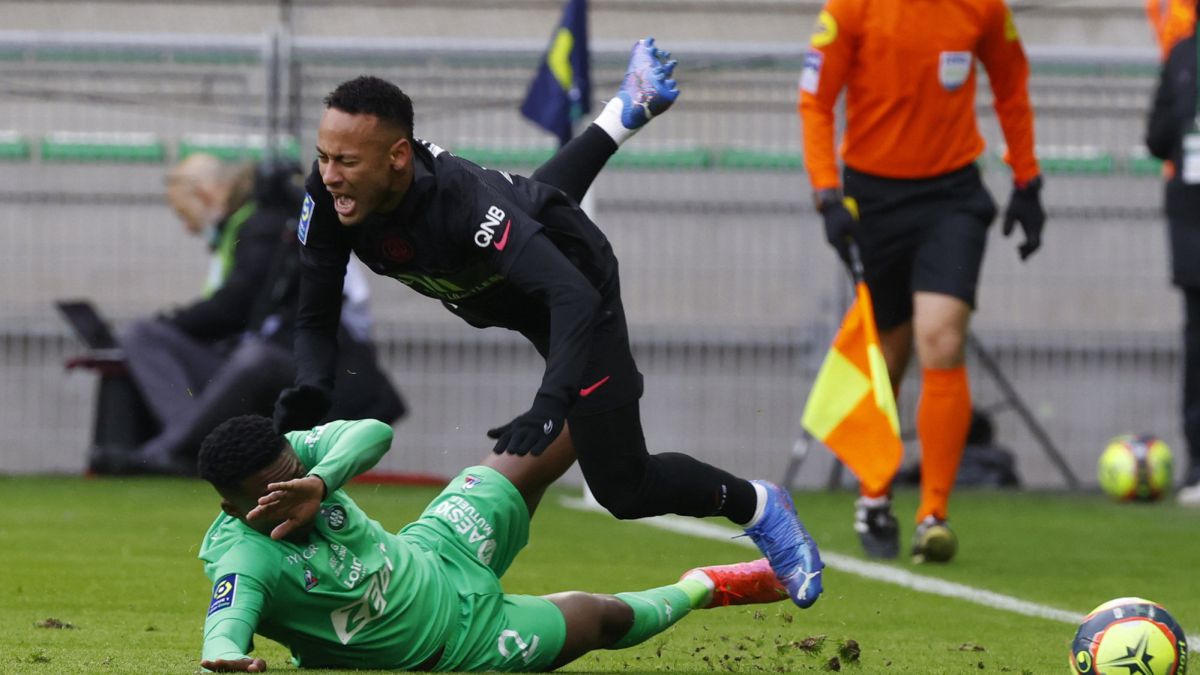 Confirmed, Neymar Jr will not play again for the remainder of the year. As reported by PSG, the Brazilian star suffers a sprained left ankle with a ligament injury that will keep him off the pitch for between 6 and 8 weeks. Neymar will undergo tests again in 3 days to determine the evolution.

Neymar’s injury comes at a critical moment for the midfielder, who has not had a great start to the season and criticism of his performance had increased in recent weeks.

Neymar has already missed nine games so far this year. Now, with this new injury, the Brazilian will not play again until 2022,

On a stretcher and crying

Neymar left the Saint-Étienne stadium crying on a stretcher after injuring his ankle in the final stretch of the match that ended with a victory for Pochettino’s team by 1-3. The Brazilian star bent his ankle in a play in which he struggled with rival right-back, Maçon, and that prevented him from continuing on the field.

The Brazilian international came out on a stretcher with obvious symptoms of pain, although last season he was in a similar situation against Lyon (after a foul by Thiago Mendes) and in the end he was left in a fright.

Shortly after, the Brazilian put a message on his Instagram account between lament and optimism: “I will recover. Lunfortunately, these setbacks are part of the life of an athlete. Now, to lift your head and forward: I will come back better and stronger. “

The former Barcelona player is not having a fairly easy start to the season due to injuries and also due to the irregularity that has prevented him from getting ready physically. Neymar today scored a goal against Saint-Étienne (PSG won 1-3, coming back from Bouanga’s initial goal), but VAR canceled it for offside.