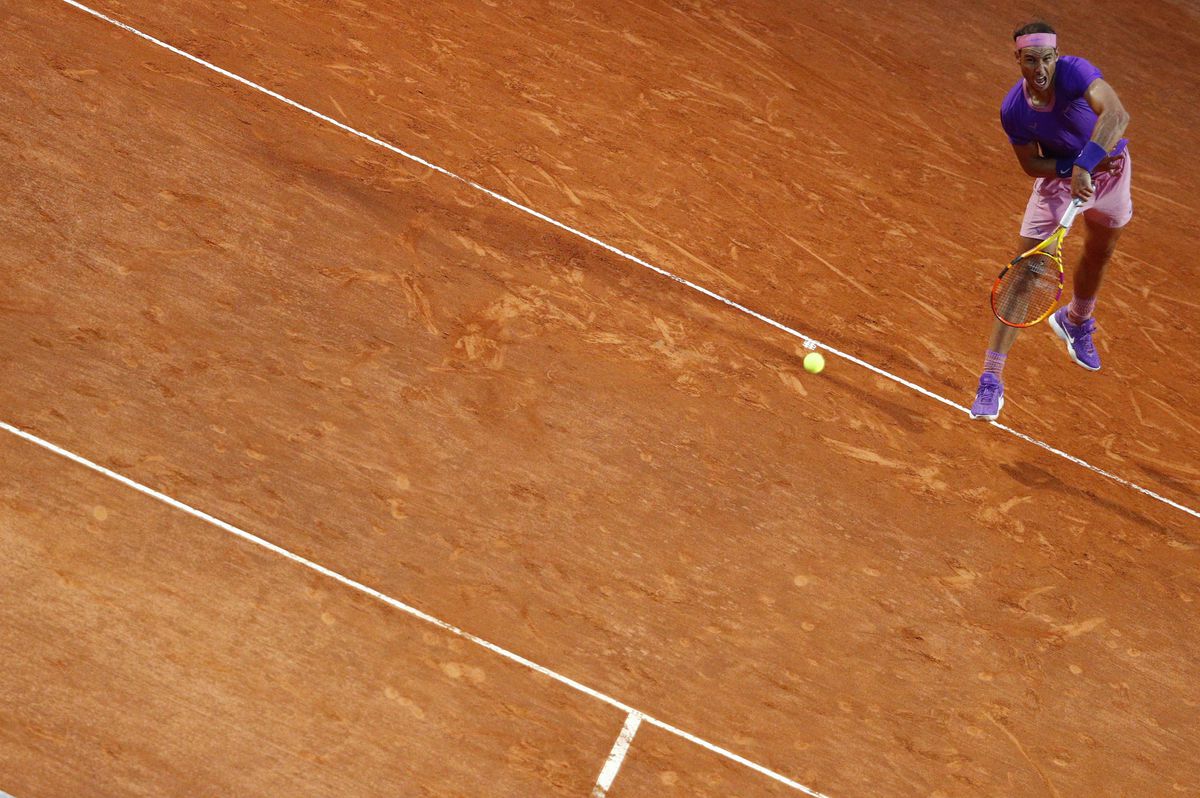 The sculptures that surround the central of the Foro Italico were put on display, because night was already entering Rome and Rafael Nadal signed one of those victories that are worth their weight in gold. Hitting the ice ax and driving the crampons hard, the number three in the world dodged the himalayan opposition from Yannik Sinner (7-5 ​​and 6-4 in 2h 11m) and won the passport for the second round, after a pulse from power to power that was decided thanks to an exercise of temperance, control and good work. The champion of 20 greats will see them this Thursday at noon (third shift of the session that starts at 10.00, #Vamos) with another emerging tennis player, the Canadian Denis Shapovalov (7-6 (2) and 6-3 to Stefano Travaglia ). With him, 2-1 favorable in the precedents.

For those of you who don’t know him yet, Sinner offered another great business card. If he already gave something more than war in that early October morning, in the central Paris, the Italian once again raised another minefield for Nadal, a full-fledged melee. From you to you. The Italian travels in a very different lane from that of most of his generation companions, serious, disciplined and focused as much as possible. He wants, he squeezes and he has a magnificent level, so sooner rather than later, surely in the short term, he will hit the ball and break through naturally. It’s just a matter of time.

Nadal knows it, everyone knows it. The boy was not the best dish to start with. Or yes, depending on how you look at it. In the past, the victory against the beardless Sinner (19 years old) could mean a very necessary vitamin injection, given that the Spaniard left the Caja Mágica last week with a crooked gesture. In Madrid there was evolution, yes, but lower than desired. On the other hand, the first appearance in Rome left a taste more than sweet because Nadal found exactly what he needed to boost his performance: rhythm, a rival who presented him with strategic gibberish and, above all, solutions.

Sinner went with everything from the first ball, without shunning the exchange or making him disgusted to take the initiative. He took a bite in the first game and although the Spanish counterattacked immediately, returning the break, he sped up the machinery to open a second hole. At 2-2, the judge sanctioned Nadal for delaying the serve. “The problem is that we do not have ball boys and we have to go for the towels …”, he argued. And immediately afterwards, the Italian struck out. It happens that Nadal took a step forward and also launched himself for the set. He responded and then, through erosion and determination, on the seventh attempt, he set the scene.

The second took place under a practically identical dynamic, in the face of a dog. Sinner scored in the third game and Nadal contained his heavy ball with an exceptional reply. Trade, trade and more trade. A lot of tennis to quell the torrent of blows and cold blood to strike next, when and where it hurts the most. In the eighth game he found the reward and as soon as he smelled the doubt, the slightest tremor, he threw himself at the boy’s jugular to snatch the service from him and put the signature with a right parallel. Signature according to a superb staging.

The Mallorcan accompanied Roberto Bautista (7-6 (5) and 6-3 to Cristian Garín) and Alejandro Davidovich (6-2 and 6-3 to Cameron Norrie) to the next stage of the tournament. The Spaniard from Castellón will collide with the Russian Andrey Rublev and the Malaga player will face in the opening of the day a high commitment against world number one, Novak Djokovic.

Before Nadal intervened, the day passed from shock to shock. First, Garbiñe Muguruza took out a match in which he started against the current against Bernarda Pera, whom he had never faced. The Spanish, who two weeks ago had to resign from Madrid due to a muscle problem in her left leg, had to be treated for some discomfort on her right, but finally recovered the first adverse set and then the disadvantage of the third (0-4 of game) to prevail by 1-6, 6-0 and 7-5 (in 2h 04m). The 12th in the world will face (not before 6:00 pm) the Ukrainian Elina Svitolina, a traditionally thorny opponent.

The Valencian Sara Sorribes could not escape the elimination (7-5 ​​and 6-1), felled by Aryna Sabalenka, recent champion in the Caja Mágica. And the two great icons of the current circuit, Serena Williams and Naomi Osaka, also said goodbye. The 39-year-old American, who this Wednesday played her 1000th match in the elite – 851 wins and 149 losses -, returned to the track after almost three months without competing and lost against Nadia Podoroska (7-6 and 7-5) ; Meanwhile, the Japanese, with four greats on her record, continues to reinforce her allergy to clay: after falling in the second round in Madrid, she yielded to the first in Rome against Jessica Pegula (7-6 (2) and 6-2 ). Neither does Daniil Medvedev catch the pulse (6-2 and 6-4 for Aslan Karatsev).