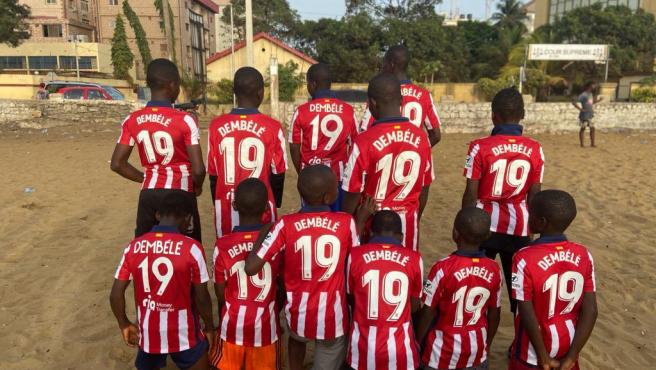 Although Moussa Dembélé He was born in Pontoise, France, his African roots are very present in his day to day. That is why it is not surprising that the Atlético de Madrid player wanted to contribute his grain of sand to the Conakry, Guinea children, to draw a smile on their faces.

Dembélé published in his personal accounts on social networks a series of images and a video of what he himself calls his “rojiblancos soldiers”. A group of Guinean boys dressed in the T-shirt of the Atlético de Madrid, the number 19 and his name on the back.

“The joy in his eyes is just … A love and passion without limits”, wrote Moussa Dembélé next to a video in which these African children were seen enjoying the beauty while chanting the player’s name before trying to emulate him on a dirt soccer field in the town of Conakry.