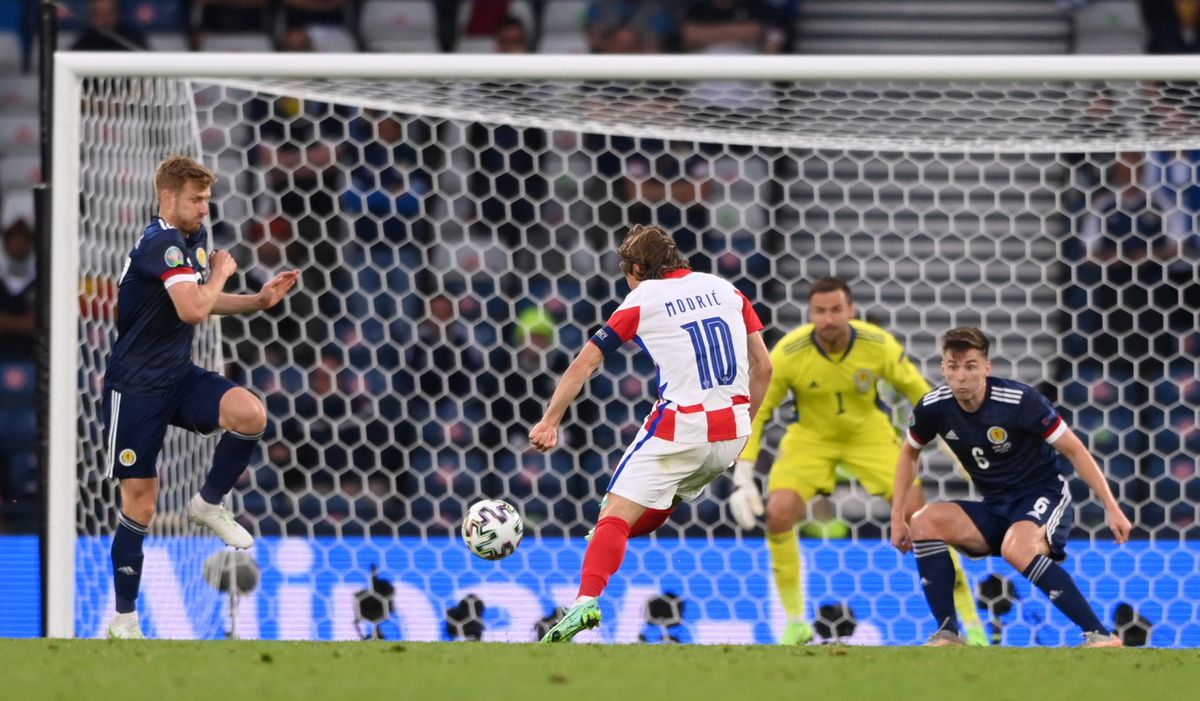 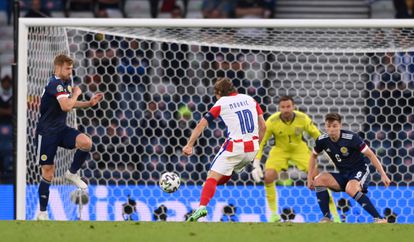 This past Monday marked the three years of Argentina-Croatia of the group stage of the 2018 World Cup in Russia in which the chess players shocked Messi and his team with an unappealable 3-0, including a goal from Modric. Round by round, Croatia reached its first World Cup final in the greatest footballing feat in the country’s history. This Tuesday, Luka Modric reappeared to avoid the disaster that the elimination of the Eurocup would have meant for the world runners-up.

The captain scored, assisted and led his team in their 3-1 victory over Scotland in a lit Hampden Park, with nearly 16,000 spectators sounding like 10 times as many. The locals, back in a European Championship 25 years later and spurred on by their people, took to the field with one more march than their rival.

With the water up to their necks in the first minutes, Croatia found a lifeline in Vlasic. The CSKA winger managed to score at the quarter of an hour when his team was having the worst time. The goal was a breath of fresh air for Croatia and a blow to the waterline for Scotland, which took a few minutes to recover. More relaxed, the Croats began to combine and reach the area more often, with their rival still in a daze.

The first part ran at the pace set by Modric but without movements on the scoreboard. A first arreón from Scotland after half an hour warned not to be considered dead so soon. Three minutes before the break, they turned the Croatian defense upside down, unable to finish clearing a tangled ball in the box until McGregor came like a train up front to land a powerful shot that Livakovic couldn’t catch.

Scotland, without its star, the young Billy Gilmour, positive for covid, was for the first time with real options and came out brave in the first moments of the second half, with his fans singing at the top of their lungs the Flower of Scotland (their national anthem) . The draw left the two teams without options and Modric pushed his own, who managed to break Scotland at a trickle, but they always found goalkeeper Marshall. Then, the 35-year-old midfielder took his latest genius out of his hat and left one of the goals of the tournament. He hit a shot with the outside from the front that slipped through the opposing squad.

The goal put the Croats as third in the group at that time, but that was not enough for the 2018 Ballon d’Or. In the 77th minute, he hung a corner at the near post so that Perisic only had to touch the ball and qualify for theirs as second thanks to the defeat of the Czech Republic against England. The Scottish players bid farewell to applause, hoping that they won’t have to wait another 25 years to see their team at a European Championship.