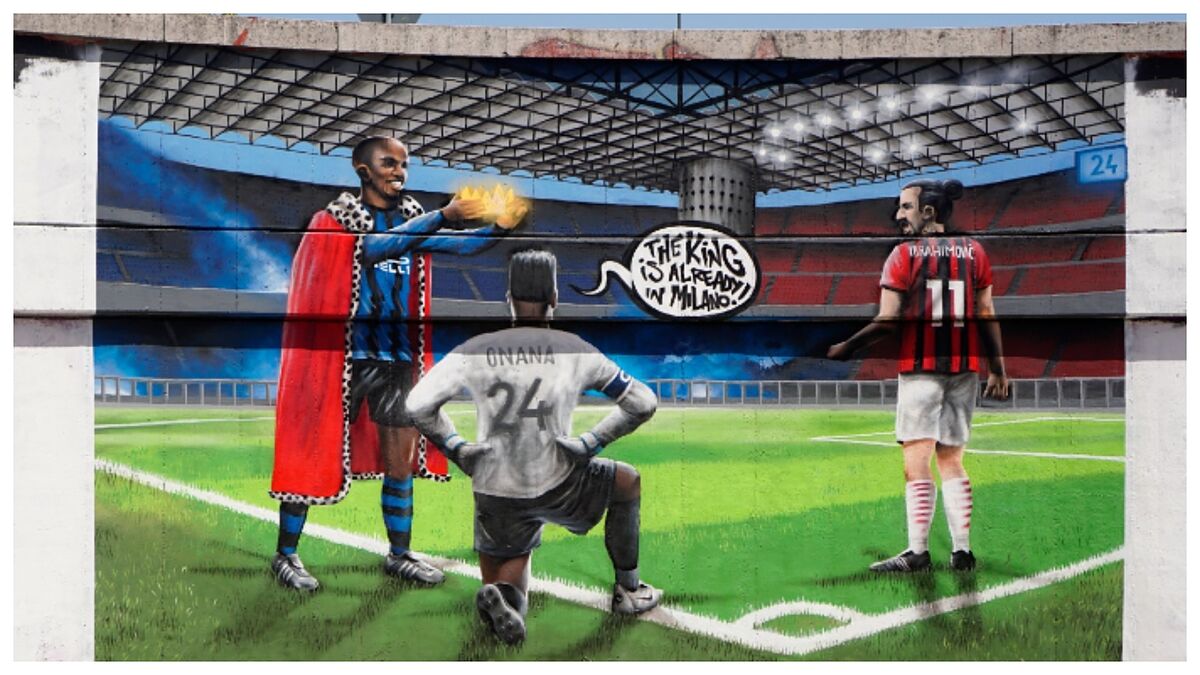 ANDhe ‘derby della Madonnina’ has moved to the streets of Milan. The ‘graffiti’ fight to transfer the supremacy of Inter or Milan to the walls. The high point of this battle coincided with the ‘train crash’ that Romelu Lukaku and Zlatan Ibrahimovic starred in 2021.

It seemed forgotten, but Milan has dawned with a new ‘graffiti’, with Ibra but without Lukaku, that has raised blisters among the ‘tifosi’ of Milan. “The king is already in Milan”, can be read in the image.

But the king is not Ibra. Milan’s Swedish attacker is attending to the ‘coronation’ of André Onana (Nkol Ngok, 2-4-1996) by his compatriot Samuel Eto’o. And the only thing missing is for Inter to make the signing of Barcelona’s goalkeeper official and Ajax to sign his contract with Inter.

In fact, in Italy it is already taken for granted that the ‘Nerazzurri’ have deposited their contract and that of Henrikh Mkhitaryan in the League. Onana arrives free after playing 212 games with Ajax (192 goals conceded and 85 clean sheets) and signs for the next three seasons.

The presence of Eto’o in the ‘graffiti’ is not accidental. It is full of symbols. The ‘lion king’ played two seasons at Inter and played a key role in the team that won the ‘treble’ (League, Cup and Champions) under José Mourinho. Eto’o, already in 2011, headed for Chelsea after playing 101 games, scoring 53 goals and dishing out 23 assists as a ‘Nerazzurri’.

Eto’o himself has blessed the signing of Onana in networkswho will fight for a position with veteran Samir Handanovic (37 years old). “The future of Inter”wrote the now president of the Cameroon Federation in a photo in which he appeared with Onana and the soccer player Njoya Ajara.