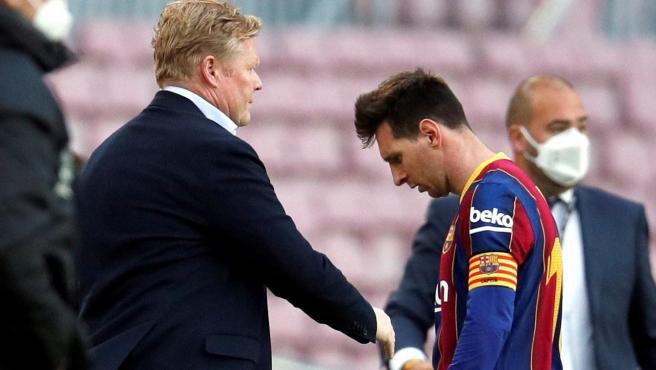 The Barcelona is in a moment, in the words of its president Joan Laporta, of “change of cycle”. In that new frontier one of the great doubts is to know what will happen to Messi, that contract ends on June 30 and, to this day, he has not renewed with the club of his life.

Although it does not deal with it directly, in a extensive interview on ‘Ole’ For the 25 years of the most popular Argentine sports newspaper in the country, he explains why it was important for him to win the Copa del Rey, even if they have failed in the big titles.

“Whenever I compete, I compete to win and try to achieve all the objectives, to get titles. The truth is that the last Copa del Rey was special for the moment we were in. We came from a couple of years without having a good time due to different results. There is a very young dressing room, with a lot of new people. This Copa del Rey for the dressing room was a turning point, very important. And beyond that, I like to win and get titles. The more the merrier, “he said.

His beginnings at Barcelona were hard, not so much because of his lack of adaptation, but because he had to leave his own. “Making that decision was difficult, but at the same time it was quick. I didn’t even hesitate, but without thinking. Around there I didn’t quite understand what it meant to leave my country, my people, my friends and start another life somewhere else, so far away. At first it was hard because when I arrived I couldn’t play because of a role issue. Then I started and got injured … I didn’t compete for almost a year. I just trained, which was not the same … “, he remembers.

From there, everything was shot. “I was moving very fast, I was climbing and playing with older boys. And every time I saw that I was closer, that it was possible. That made me want to be more at Barcelona, to try, to keep fighting. I was very lucky that, when it was difficult, everything went very fast, “he admitted.

One of the last images of Messi’s happiness this year was that of Barça’s ‘cubs’ asking him for photos in the Cup final. “It was beautiful to see many boys there who come out of the bottom, who feel the same way. I know what feel the one who comes out from below. Also take photos with the most veteran. It was a beautiful moment in every sense “, confirmed the ‘Flea’, without releasing a pledge on his future.