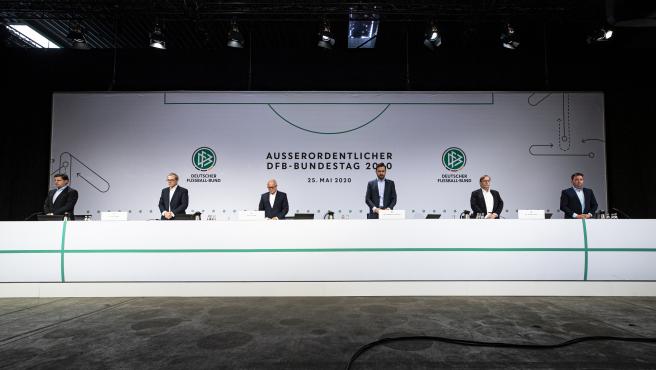 The Vice President of the German Football Association (DFB), Rainer Koch, has rejected allegations of having caused DFB President Fritz Keller to I will compare it to the Nazis.

“We did not corner him, nor did I provoke the Nazi comparison,” Koch said in an interview published this Sunday in the German Sunday ‘Welt am Sonntag’.

Keller compared Koch to former Nazi judge Roland Freisler during a meeting of the DFB executive committee in April.. The analogy drew much criticism and is being investigated by the DFB sports court following a report by the ethics commission.

On Friday, the heads of the regional and state associations that are part of the DFB reiterated their call for Keller to step down and they demanded that the DFB board of directors remove him.

Keller said he will not resign despite the vote of no confidence from the heads of the regional federations following the comparison between Vice President Koch and Nazi judge Freisler.

Koch said he has “no expectation” of Keller resigning. and demanded a response from the president and the representatives of the German Football League (DFL) on the executive committee and the board of directors.

The federative vice president said that he received an apology from Keller, but that he responded “that he could not accept it.” Koch, who is a judge outside of football, called the comparison “incredibly offensive.”

Freisler, who died in 1945, attended the Wannsee Conference, where ‘the final solution to the Jewish question’ that led to the Holocaust was agreed. Later, he was appointed president of the People’s Court, where he handed down some 2,600 death sentences between 1942 and 1945.