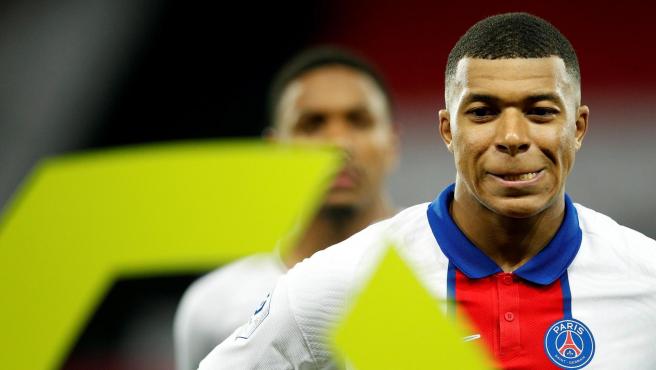 Kilyan Mbappé He acknowledged that for his future he aspires to have a “solid project” around him because his objective is “to win and play in a place where he can do it.”

The French striker, top scorer in Ligue 1 and chosen by the French Footballers Union as the best footballer in the competition refused to give clues about his future and his continuity or not at Paris Saint Germain, with which you have not yet renewed.

“What I want is to win and feel that I am in a place where I can do it. To be in a place where there is a solid project, “the French attacker, who ends his commitment to Paris Saint Germain in June 2022, told Canal + in an interview.

“I live for football and that is why the sports project is fundamental,” said Mbappe, who acknowledged being in talks with his club, although did not reveal any progress in the negotiations.

“Everyone knows what brings me to this club and that I have always been grateful to the president and all the coaches I have had,” he said.

“I am very clear with the club. They know what unites me to the club, to the city and to the country. But I want to have the feeling that the team I play for can do great things.“Mbappe added.

“I speak with the club. I am happy for the four years that I have lived, exceptional years. Things will be done as they have to be done either in one way or another,” added the French footballer.