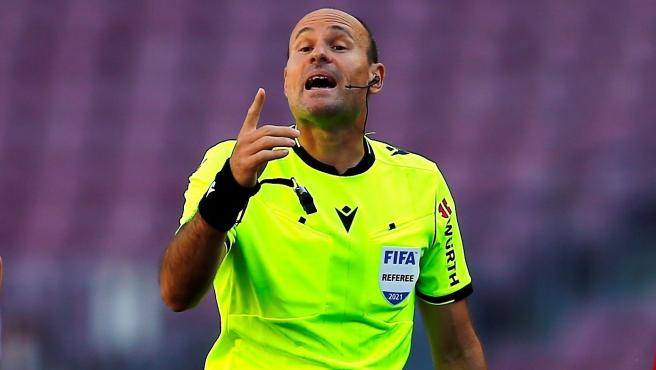 The Spanish referee Antonio Miguel Mateu Lahoz will referee the final of the Champions League between the Manchester City and the Chelsea next Saturday, May 29 at 9:00 p.m. at headquarters to be confirmed, as announced by UEFA on Wednesday.

The refereeing team that will lead the referee of the Valencian Committee will be made up of Alejandro Hernández Hernández at the VAR and Carlos del Cerro Grande as fourth official, along with Pau Cebrián Devis and Roberto Díaz Pérez del Palomar as assistants.

Juan Martinez Munuera, Íñigo Prieto López de Cerain and the Polish Pawal Gil will be the assistants of the VAR.

By decision of the UEFA Referees Committee Mateu Lahoz, 44, will whistle his first Champions final after having acted as fourth official in the 2019 final played in Madrid between Tottenham Hotspur and Liverpool.

International since 2011 and chosen to participate in the next Eurocup, Mateu has refereed six Champions League games this season, including the quarter-final first leg between Bayern Munich and Paris Saint-Germain.