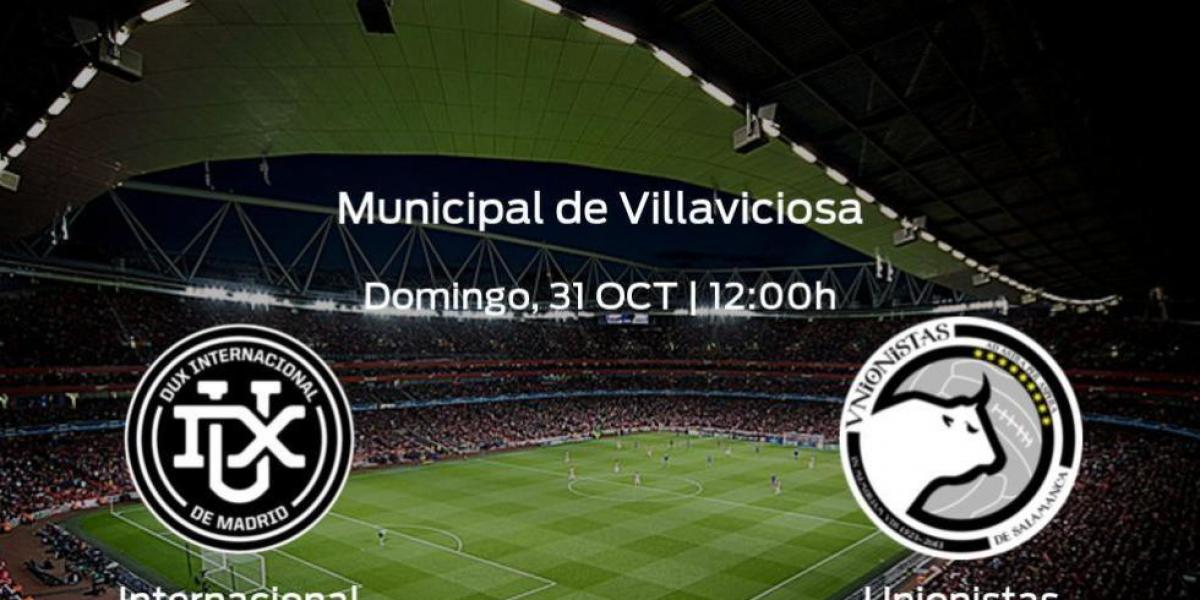 The International receives this Sunday at 12:00 the visit of the Unionistas in the Municipal de Villaviciosa during their tenth duel in the First RFEF.

Internacional will try to add a victory in the competition after beating Celta B away from home by a score of 1-2 at the Municipal de Barreiro, with goals from Ruben Ramos and Martín. Since the competition began, the hosts have won in two of the nine games played to date and have managed to score 11 goals for and 15 against.

Regarding the visiting team, the Unionistas had to settle for a 3-3 draw against SD Logroñés during their last game, so they come to the meeting with the illusion of recovering points that were left behind. Before this game, the Unionistas had won in five of the nine games played in the First RFEF this season and have scored eight goals against 16 in favor.

Regarding the performance in their stadium, Internacional has a balance of one victory, one defeat and two draws in four games played at home, which means that they are not taking advantage of the home games to add a good income of points to their pocket . In the starts, the Unionistas have a balance of two wins and two draws in four games they have played so far, so the Internacional players will have to defend their goal to avoid surprises.

Currently, both teams are separated in the classification by 11 points in favor of Unionistas. Alfredo Santaelena’s team is in sixteenth place with eight points on its scoreboard. For their part, Unionistas is the current leader of the First RFEF and has accumulated a total of 19 points so far.