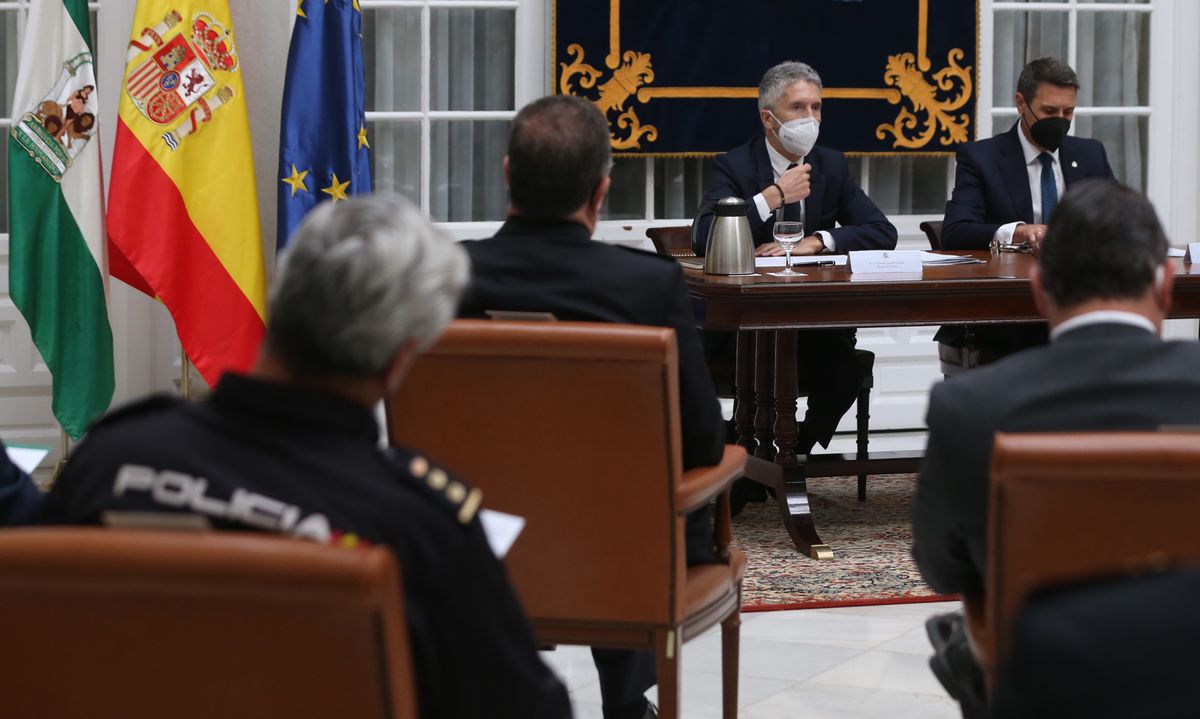 The Interior Minister, Fernando Grande-Marlaska, has guaranteed in Seville the presence of at least 16,000 spectators in the matches that the Spanish team will play at the La Cartuja Stadium on the occasion of the European Championship. The minister confirmed the news already advanced by the Junta de Andalucía after the body assured UEFA the presence of the public at the Spanish headquarters of the Eurocup, something that Bilbao, the initial venue, only assured under strict sanitary conditions.

“This headquarters in Seville will be a success,” said Marlaska at a meeting held in the capital of Andalusia to organize the security plan for the Seville headquarters. “The calculation that we have estimated at this time of attendance at the La Cartuja matches is 16,000 spectators, but everything will be definitively fixed taking into account the health situation. We have to be positive. The rates in Andalusia are encouraging and the accumulated incidence due to vaccination and the measures adopted is decreasing ”, clarified Marlaska. “If the current situation continues and we think that it will even improve, we can guarantee the presence of at least that number of fans in La Cartuja,” he added.

The Cartuja stadium has a capacity of 60,000 spectators, so the presence of 16,000 fans represents just over 25% of the total. The health requirements that fans present at the matches will have to meet, such as presenting a positive antigen test or a PCR or a vaccination certificate, will be defined by the Interterritorial Public Health Council in the coming weeks, as explained Marlaska. “However, they will be the same requirements as in any event with that amount of public that can be held in Seville that day,” he clarified.

The minister did not confirm the presence of foreign fans in these clashes in Seville, leaving all this matter to the health criteria that were defined at the time. Spain will play at the La Cartuja stadium its first phase matches against Sweden (Monday, June 14); Poland (Saturday, June 19) and Slovakia (Wednesday, June 23). The first two are at 9:00 p.m. and the third is at 6:00 p.m. In addition, La Cartuja would host a duel of the eighth of the competition on June 27.

Marlaska chaired in Seville the coordination meeting for the police device that will protect the celebration of the Euro in Spain. Not only at its headquarters in Seville, but also in Las Rozas, where the national team will be concentrated at least during the initial phase of the tournament. 750 National Police officers and 300 Civil Guards will be deployed in the capital of Andalusia during the matches. 235 Civil Guard agents will monitor the team at their headquarters in Las Rozas and on the team’s trips to Seville from Madrid and on their return, according to reports Santiago Salas. “It is a very important event for the Spanish brand and everything will be fine,” concluded Marlaska.