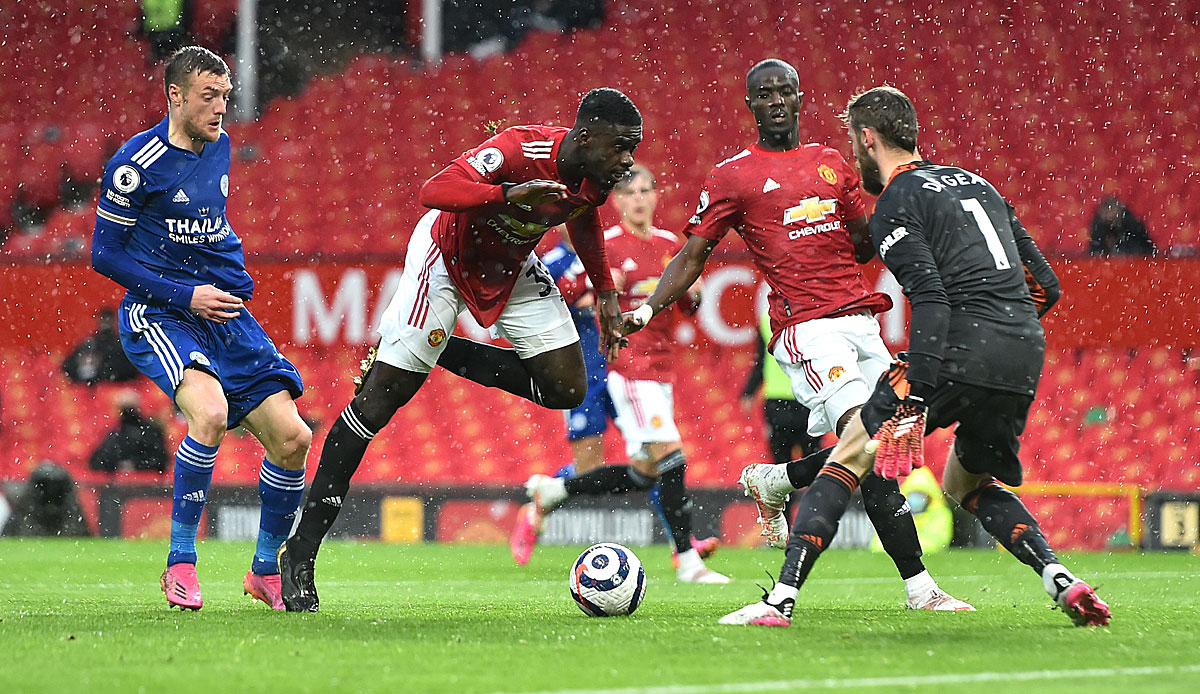 Manchester City are English football champions for the seventh time. The team of team manager Pep Guardiola and national player Ilkay Gündogan benefited on Tuesday from the 1: 2 (1: 1) defeat of city rivals Manchester United against Leicester City and celebrated their third title in the last four years on the couch.

City can no longer be displaced from the top of the table due to United’s bankruptcy three game days before the end of the season, the lead is ten points. City had previously won the league cup and can make the triple in the Champions League final against Chelsea on May 29.

The 19-year-old Luke Thomas (10th) and Caglar Söyüncü (66th) scored for former champions Leicester, who climbed to third place for the time being. Mason Greenwood (15th) equalized for United.

United team manager Ole Gunnar Solskjaer made ten changes in the starting line-up two days after the away game at Aston Villa (3-1) and two days before the top game against Liverpool FC, only Greenwood started again. Such a rotation had only existed at ManUnited in the Premier League in May 2009 against Hull City.

Thomas gave Leicester an early lead with his first Premier League goal, and Leicester was not impressed by the equalizer either.