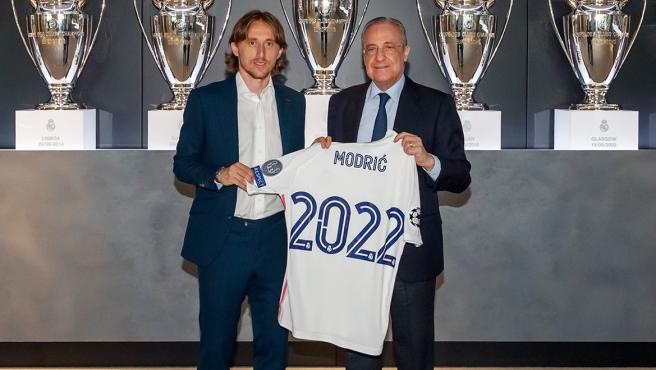 It’s official now: Luka modric will play one more year at Real Madrid. The Croatian midfielder and the white entity signed the contract that binds them until 2022 on Tuesday.

At almost 36 years old, Modric has been one of the fundamental pillars of the just finished season and has performed at an extraordinary level, in addition to being one of the players most loved by the fans.

Already at the end of 2020, Madrid and Modric reached an agreement in principle that this Tuesday has materialized and the captain of Croatia will continue to wear the white jersey.

Modric arrived at Real Madrid in 2012 from Tottenham and he is one of the heavyweights of the squad due to seniority. He has played a total of 391 games for the white club to date and has been League champion twice and Europe four times.