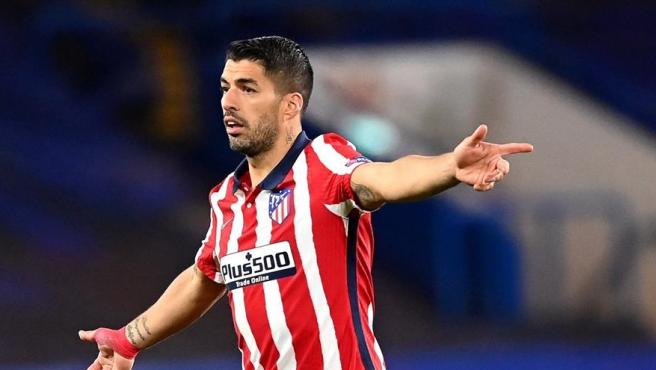 Luis Suarez, forward of Atlético de Madrid, confirmed this Sunday, after the delivery of the cup as champion of the League at the stadium Metropolitan Wanda, who will continue next season at the rojiblanco club, of which he has been his top scorer in the tournament, with 21 goals, including the final one.

Next year here? “Yes. Yes. Sure.”, answered the Uruguayan ‘9’ in an interview with Movistar on the pitch, dressed in the red and white shirt and after receiving the trophy as winners of LaLiga Santander 2020-21 with his teammates.

The image of his tears in Valladolid when he was talking with his family after winning the title have traveled the world. “My wife was the one who lived with me on a day-to-day basis, in all the situation that I had to experience last summer, in making the decision to leave the club that I spent many years in.”, he remembered.

“A change is difficult for a family that has three children, who had a whole life made. The suffering of the day to day, of the change, is complicated. She knows what I worked for to be able to reverse the situation and show that he could be at a good level, “he explained.

“Today my children are going to be almost 8, almost 11 and they live everything in their school, in their friends, they talk about everything, they know the way I left, how I left Barcelona, ​​they know it was a change and they saw me with a lot of desire to be able to demonstrate. My wife always supported me. So they are tears of happiness more than anything. “

At Atlético, upon arrival, he visited ‘Territorio Atleti’, the club’s museum in the Wanda Metropolitano. “There was a mural with a space and I told him that if they had left me that space to put a photo of me to be in the history of the club,” he recalled.