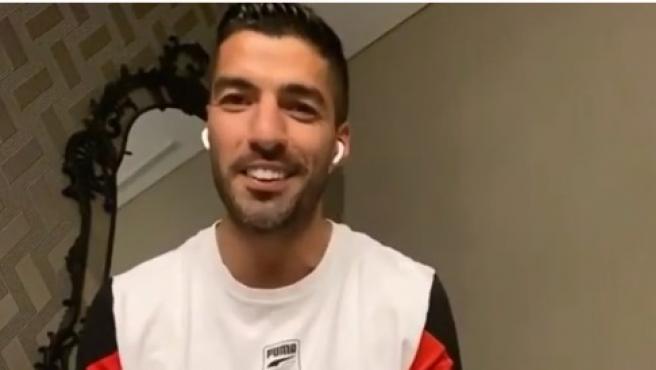 Luis Suarez Last summer he lived one of the most complicated moments of his life when he was forced to change Barcelona for Madrid because they did not have him at the Barça club. However, his arrival at Atlético de Madrid has been rewarded by the conquest of the League, a happy moment for the Uruguayan, who he celebrated tearfully with his family.

“My wife was crying with me because we suffer a lot from the change for our children. Money does not give you happiness. She knows the moments that I spent and suffered. She supported me in those moments. In the end See my children happy for this title I’m not going to forget him in my life, “Suárez told Cope’s ‘El Partidazo’.

The Uruguayan fondly remembers his time at Barça, “they have given me everything”, Although yes, he was not at all happy with the forms in his departure and, despite the sweet moment he lives as a rojiblanco, he does not forget:

“One is never going to go against Barcelona, ​​because they have given me everything and allowed me to be in the elite, but obviously that the president said everything he said in the press instead of calling me… None of the board has called me, but I was about to send them a photo, “he joked.

Also, make it clear that it was not Koeman’s business his departure: “I understood Koeman ‘they told me to tell you’, because after leaving me 3 games out then he told me ‘if tomorrow it is not solved, I will count on you against Villarreal.’ … It wasn’t the coach, it came from above“, reveals.

In any case, and after confirming that he will continue at Atlético, Suárez is happy and has especially enjoyed this title due to the difficulty of winning it with the mattress team and the extra point of happiness that he has seen in his teammates: “It costs a lot more (to win the League with Atlético). Is more difficult. You realize the illusion of these players. You really enjoy watching your teammates, for the happiness of being champions is something that gave you even more merit, “he said.