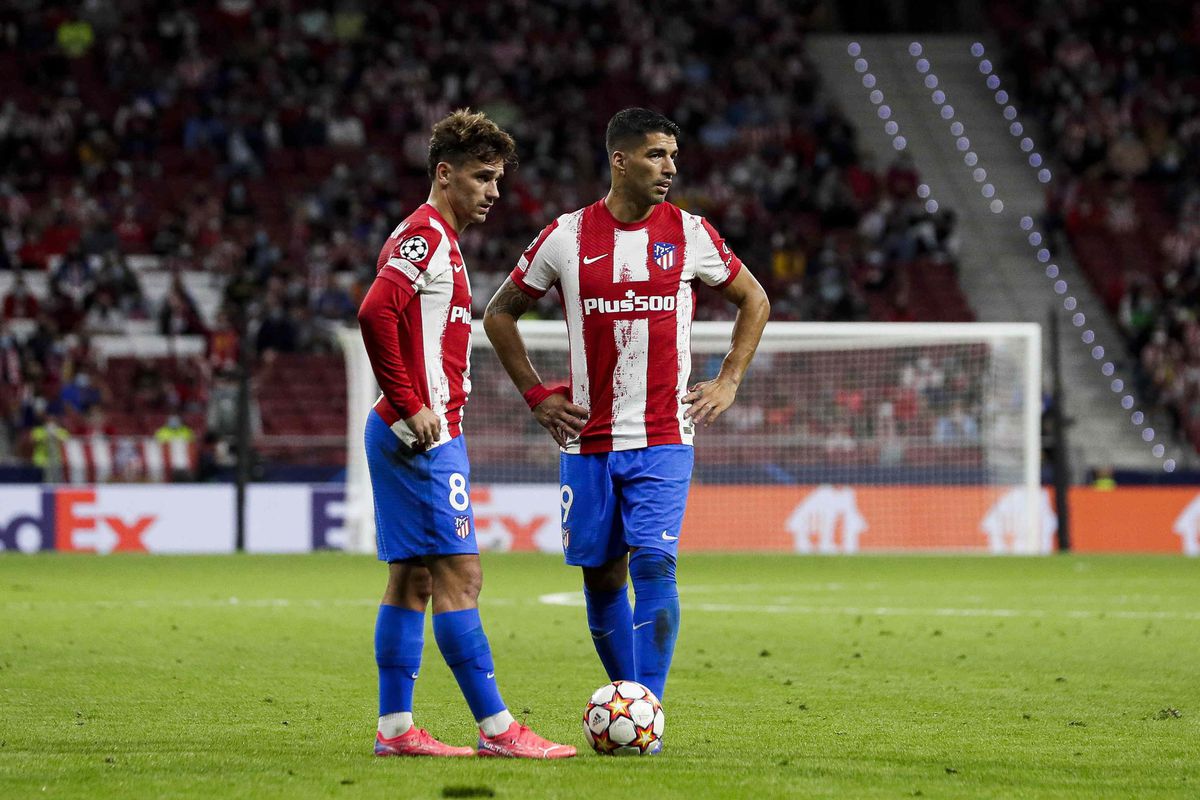 In football, as in history, the declines usually bring unusual events and that of Barcelona, ​​which visits the Metropolitano this Saturday (9:00 p.m. Movistar LaLiga), has led to two of its most decisive players in attack in two consecutive summers having reinforced a direct rival like Atlético de Madrid to the satisfaction of his coach. There is nothing that convinces Diego Pablo Simeone more than having footballers whom he qualifies as “men” because they are capable of competing under any circumstance and scenario. First with Luis Suárez and now also with Antoine Griezmann, Simeone has been invaded by the tranquility that having both of them gives him, although in the tests that the Frenchman carried out this Friday, he was not among the headlines.

At Atlético they have observed the integration process between Suárez and Griezmann, knowing that the Uruguayan was always closer to Messi than to the Frenchman in the year they met at the Camp Nou. “They are not friends, but Suárez, who is driven by his desire to continue winning, knows that with Griezmann everything is more feasible,” they report at Atlético. In the 28 games that coincided with Barcelona, ​​Suárez scored 18 goals and the French striker eight. The assists between the two were three. Two from Uruguayan to French and one vice versa. The two played with the condition that shared attack with Messi supposed.

The imported couple from Barcelona have not yet finished exploding, but both are a weakness of Simeone. When two summers ago the Argentine coach knew that he could hire Suárez, he always thought more about the goals he could give him than about the physical ailments that could weigh him down to play counter attack or to help pressure or defense. Simeone does not obviate that Suárez is limited for certain sets of the game, but he keeps him in the eleven and on the field as much as he can.

In Griezmann’s case, the first season without his contest was an argument for the Atlético coach to defend against the club and the press that the squad was facing a year of transition. As little as he could, Simeone slipped what Griezmann gave him in goals with what João Félix gave him. On his return, Simeone is trying to fit him in quickly. First, because he was the one who put the most effort in recovering him. And secondly, because he also knows first-hand the effort that the club has made.

Both of them disgusted by how they were their last days as Barça, the two will have the opportunity tonight to take their toll. “Suddenly, they have seen each other again together and thinking that they were not treated well at Barcelona,” they say at the rojiblanco club. Suárez already had his revenge with the 21 goals that helped the rojiblancos win the league title, but he still has blood in his eye. With Josep María Bartomeu already out of the picture, Ronald Koeman remains the figure on which the Uruguayan striker focuses his anger. Suárez has marked by fire that the Dutch coach was a mere executor of the orders of the former president of Barcelona, ​​who considered the ancestry of Messi and Suárez on the dressing room toxic. He does not forget that Koeman did not respect his trajectory by accepting that Bartomeu forced him not to train with the group while his future was resolved. For his words in a recent interview with the newspaper Sport, the humiliation he experienced is still latent in his thoughts: “When I am closing the signing for Atlético he tells me [Koeman] that, if tomorrow is not closed, on Sunday he would take me into account for the game against Villarreal … how? If you first tell me that I am not in your plans, now are you going to take me into account? It’s something that didn’t fit me … He told me to train to the 3-4 field as if I were 15 years old. It hurt me, it bothered me, I came home crying out of contempt ”.

Griezmann’s misgivings point more to Joan Laporta, who since he assumed the presidency has put him on the market advertising that his high remuneration was unsustainable for the entity. Nor does Griezmann forget the greater coldness generated by an institution like Barcelona. On the first day of his return, he expressed the closeness in the treatment of him and his family with respect to what he had experienced at the Barça club. Simeone’s confidence was taken for granted. Now we need to fit him in the best possible way. “We put him to the right and to the left, in places where he has always played. The players always have privileged places of the type ‘I like to play here’, the important thing is where they are important for the team, where they are needed. In Milan we put him as a midfielder and then we took him further at the end of the match. I have no doubts that with his characteristics Antoine will help us wherever we put him ”, warns Simeone.

The champion’s formula: Koke pivots ahead of the three centrals

With the authorization to complete the capacity, at Atlético they hope that the view of Barcelona will be the first full house since the pandemic began. This Friday at mid-morning, there were still tickets left, but in the club they calculated that if the poster of everything sold was not hung, there would not be many seats left to go on sale. Despite the volcanic environment that is expected, it does not seem that Simeone is going to bet on the attacking trident that raises the most expectations. In the tests that Simeone carried out in the morning at the Metropolitano, Griezmann, Luis Suárez and João Félix did not appear. Although the minutes that coincided in San Siro did not upset the Argentine coach, the Frenchman was not among the headlines. “I liked what I saw in Milan. I think that the three are absolutely compatible, but there are variants because in parallel to these three we could name Correa, Lemar and Cunha and that generates enthusiasm to be able to have those footballers. The most difficult thing to manage is that everyone feels important and that they understand that the quality of minutes is what makes the difference. Hopefully we can achieve that throughout the season ”, Simeone wished.

The eleven with which he rehearsed the strategy plays was made up of Oblak; Llorente, Savic, Giménez, Hermoso, Carrasco; De Paul, Koke, Lemar; João Félix and Luis Suárez. After playing in Milan with a defense of four, Simeone would return to the formula of the three centrals. The changes in the drawing are being constant so far this season, a sign that the coach has not yet finished defining himself. He has changed the system from one game to another several times and almost never finished them the way he started them.

With the loss of Kondogbia, due to the accumulation of yellow cards, from the tests carried out by Simeone it stands out that Koke would return to the position of midfielder ahead of the defense, which was key in the final stretch of the last championship in which Atlético finished by win the title. De Paul, as a right-hand midfielder, would have another chance to start consolidating in midfield. Lemar would recover

his position as third midfielder from the left.