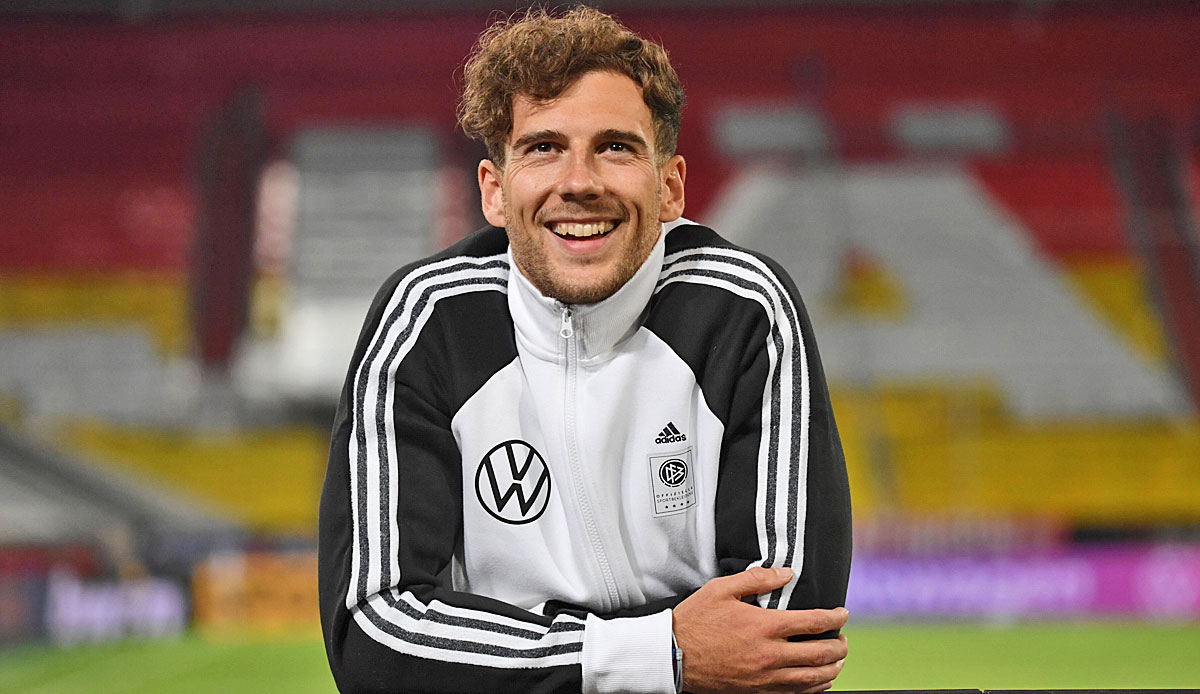 Leon Goretzka did not play long against Hungary. Long enough, however, to show how valuable it is – in many ways.

They harbor a grudge against anyone who does not conform to their limited view of the world, loathe anything that goes beyond the rim of their runed saucer. The term diversity is alien to them, although some of their bellies that are on display are wrinkled. Those who keep their outerwear on wear black. They are not comfortable with colorful, if they see a rainbow, they froth with anger.

When painting copulating stick figures on posters, the limit of artistic ability has been reached, but the limits of their home country should be set more generously. They want “their” Greater Hungary back, which in 1920, after the signing of the Trianon Treaty, lost two thirds of its territory.

They call themselves the “Carpathian Brigade”, their ideology is strictly nationalist, the press calls them “neo-Nazi hools”. They are enemies at club level, but for the national team they throw their differences overboard, there is a ceasefire for the period of the European Championship.

Together against the others, joint marches through Budapest to incite against Black Lives Matter and the LGBTQIA + movement, joint imitation of monkey sounds against the French players Kylian Mbappe, N’Golo Kante and Paul Pogba, as was unanimously reported. The Hitler salute is also said to have been shown in a duel with the world champion.

You should get love. When Leon Goretzka released the DFB team shortly before the end with a full shot and at the same time sealed the end of the European Championship for the self-sacrificing Hungarians, he resolutely headed towards the guest block, formed his hands into a heart and held the with a steadfast gaze hateful, drooling Carpathian Brigade grimaces stood before he was buried under a jubilant cluster.

“Spread love”, he wrote after the final whistle on Twitter and underpinned his message with a rainbow flag – the symbol for tolerance, acceptance and diversity.

The very symbol that is rejected by nationalist, backward-looking rioters like the Carpathian Brigade, the very symbol that was recently defamed as a “fagot armband” by Uwe Junge, a politician in the far-right AfD party, after Germany’s captain Manuel Neuer received a rainbow-colored captain’s armband had worn.

Anyone who still had doubts that Goretzka, who had repeatedly raised his voice against racism and discrimination in the past, has a remarkable character in addition to his footballing class, should be certain after this action at the very latest.

The 26-year-old was only substituted on in the 58th minute by national coach Joachim Löw, in just over half an hour he recorded 15 ball actions, once he captured the ball, three times he lost it to the opponent. No spectacular numbers.

However, he is not surprised that his former protégé is able to shine more and more on the lawn. “It was predictable that Leon would also develop so positively in football. In addition to his motor skills, he has a great game intelligence. He anticipates situations like no other and knows how to get involved in the best possible way. When I was still training him, he had his business Already done extraordinarily well. However, he wasn’t exactly notorious for his scoring threat. In this area he may even have made the biggest step. “

Neururer continues: “For me personally there is no one better than him in the eighth position or in the role of box-to-box player. If he plays in the right position, in the right team, in the right system, he is hard to beat. “

Leon Goretzka symbolically: “No football for the fascists”

Should Neuer, who predicts that he will be “the second Buffon”, as long as he stays fit, make his post available in the near or more distant future, Joshua Kimmich and Goretzka in particular should be the options for Neuer’s successor.

“I absolutely trust him,” says Neururer, referring to Goretzka’s potential captaincy. “Not only does he have leadership qualities as a footballer, but also as a person. I’ve been in the business for over 30 years and have met a lot of impressive personalities. But Leon is way ahead in the category of the most extraordinary personalities.”

The most extraordinary in Neururer’s league of extraordinary gentlemen, so to speak. A man of the heart who sent the would-be masters of the brigade back to the Hungarian Carpathians.