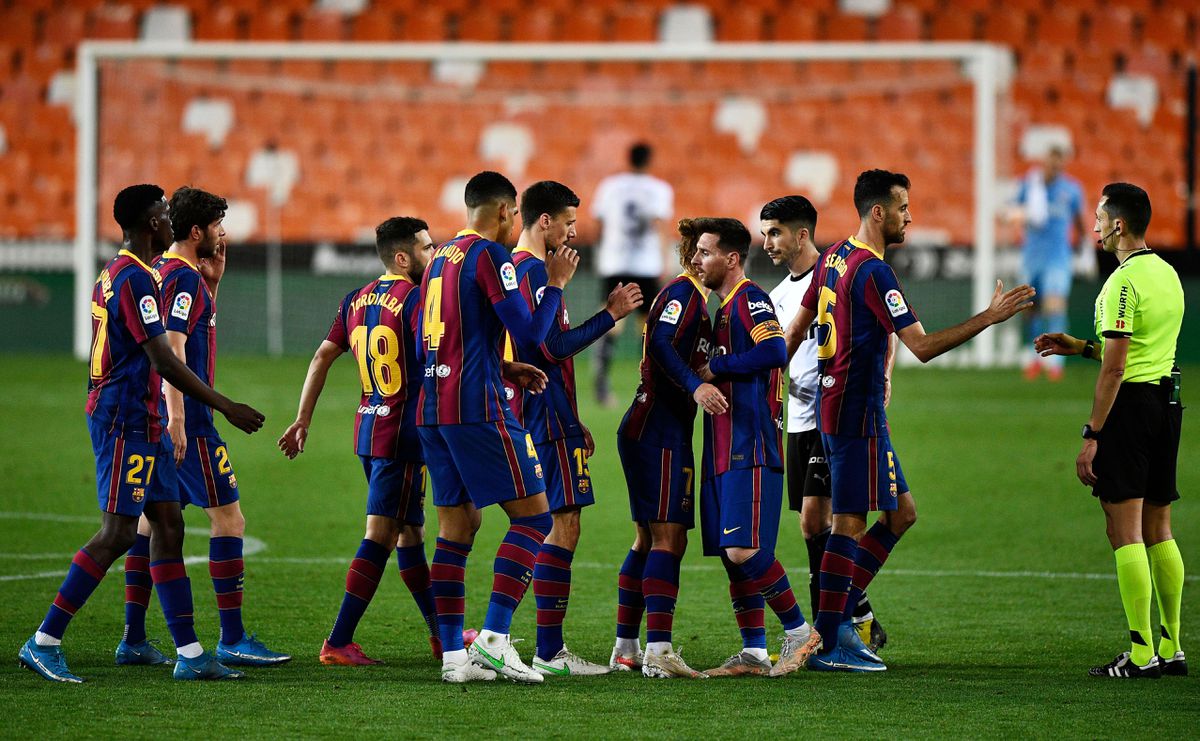 Leo Messi served as captain of FC Barcelona this Monday and summoned the entire squad of the first team to a meal at his home once the morning training was over. The meeting, which was born out of the interest of one of the main leaders of the group to foster a good atmosphere in this final stretch of the season in which the Catalans are playing for the league title, may, however, cost the Argentine dearly. LaLiga has opened an informative file and the Catalan Public Health Agency will study in the coming days if the meeting was a violation of the rules in the middle of the pandemic.

The restrictions to minimize the number of infections in this third wave keep the minimum number of people who can meet in a private home at six. Thus, the Argentine barbecue that has served so many times to improve the mood of the group and strengthen the ties between the players, can end in a sanction if the competent bodies consider it.

In the first place, it was LaLiga that acknowledged having opened a file with Barcelona for violation of the Covid-19 protocol marked by the institution itself, this was advanced by the Cope chain. While Barcelona defends that the players could meet, as they are all part of the same bubble, The league considers that said bubble was broken and the indications required by the state competition were not followed when Barça players attended the party with their partners.

On the other hand, and after the weekly meeting of the Government, the acting vice president, Pere Aragonès, explained this Tuesday that the Generalitat is studying whether to take any further steps. “There is an established process. But we want to appeal to everyone, not just to comply with the measures. People with public responsibility should do it more intensely because they are setting an example, “he said.

In the same way, Mertixell Budó, counselor to the presidency, affirmed to have “seen and known the images” related to the food at Messi’s house, in the coastal town of Castelldefels. “The Public Health Agency who has the skills, has seen them and will make a technical assessment in the coming days and will inform us on how to proceed ”, he assured.

In addition, Budó He recalled that the meetings are limited to six people in private homes, a regulation that will remain in force even when the state of alarm ends on May 9, when the district confinement and the curfew will decline.