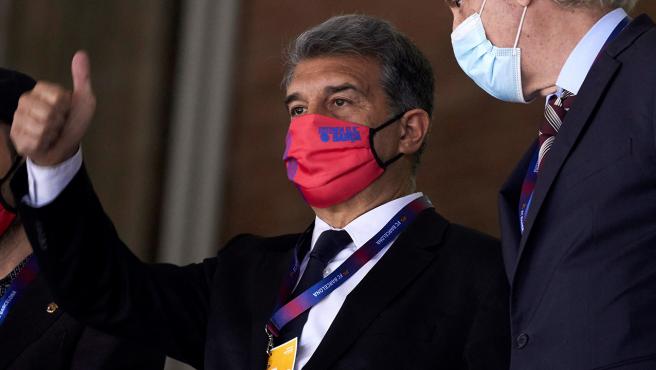 The president of the FC Barcelona, Joan Laporta, attended this Tuesday the Festa de l ‘Esport Català, the gala of Catalan sports, and addressed current affairs of the Barça club.

Laporta was blunt when speaking in his “end of cycle” speech in the team, an idea that he reinforced at the end of the event, in statements to the media:

“The League has been lost in an incomprehensible way. I am talking about the end of the cycle and renewal because it is what I think and I think it is what has to be done. Starting next week we are going to make a series of decisions that, as we consider, we are going to comment, “he said.

“Now what we have to do is work hard and effectively to have a very competitive team to win the Champions League and to win Leagues that are resisting us, “he added.

The words of the president culé seem directed to an exit of Koeman as soon as the LIga ends this weekend, although he declined to go into details.

He also wanted to convey his congratulations again to the women’s football section that this Sunday achieved the historic Champions League title: “In recent years we have worked very well but there were still challenges to be achieved. Barça will continue betting on women’s football. And more now that we see that it transcends the world of sports and is a social issue. The feminine soccer is the one that shows the pride of all the culés “, sentenced.