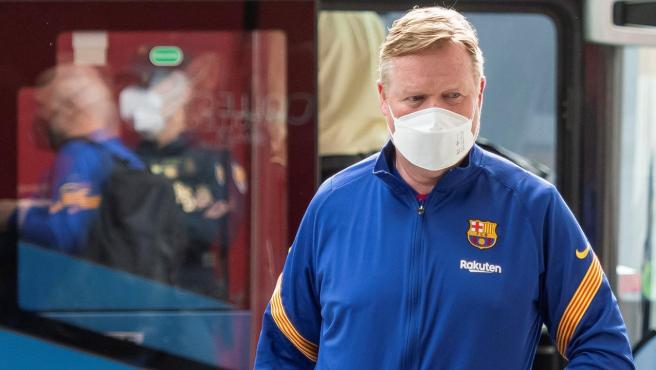 Ronald Koeman will continue one more season, at least, at the head of FC Barcelona. This was announced on Thursday afternoon by the president of the club, Joan Laporta, who a few days ago explained that he would look for a replacement for the Dutchman and that, if he found him, he would be the new leader of the football project of his Barça.

Nothing could be further from the truth, since Laporta has not obtained any candidate to the bench to finish convincing and Koeman will extend his stay in Barcelona for another year, thus fulfilling his contract in full.

“After the period of reflection that we have taken, I want to announce that we will continue the current contract of Ronald Koeman“said Laporta.” Very satisfied seeing that these conversations have borne fruit and we have unity of criteria regarding what to do the next season. All of this has been the result of evaluations in recent months, “he added.

In the last days contacts have intensified between both parties to finish fitting the pieces of the puzzle as soon as possible, in order to maintain stability in the squad and to be able to prepare for the next season as soon as possible.

Among these fringes that remained to be detailed, certain media assured that Laporta had left the continuity of Koeman subject to two conditions for the next campaign, or to the contractual negotiation between both. According to SPORT, like a large part of the squad, the Dutchman his fixed salary has been lowered… but obtaining more remuneration for objective variables and even with the option of including the option of one more year if two degrees are achieved.