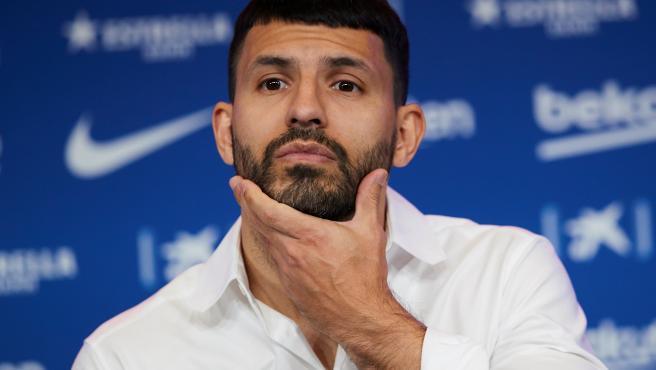 The last few days have been hectic for him Kun Aguero. Last Saturday he lost the Champions League final, on Monday he was confirmed and presented as a new player of the FC Barcelona and immediately took a flight to travel to Argentina and join the concentration of his team. Upon landing, a mandatory antigen test was performed … and tested positive for coronavirus.

The protocol was immediately activated: isolate him and subject him to a more reliable test, a PCR, to determine if he had actually caught the infection. This has been negative, from which it is inferred that Agüero gave a false positive in the first one.

In the last week, Agüero has undergone a total of five tests. Before and after the Champions League final, in Barcelona and upon arrival in Argentina, of which he only tested positive in the first of the two that took place in his country. Furthermore, it so happens that he already passed the Covid in January, which is why such an early reinfection seemed very difficult (but not impossible).

This news comes at a key moment for Lionel Scaloni’s men, as Argentina plays against Chile and Colombia in the qualifiers for the World Cup. Qatar 2022. As a precaution, at the moment, he has not traveled to Santiago de Estero, although after this last negative it is expected that he will join the concentration.

Another issue is that he plays minutes, since he arrives with a lot of load from the trip and without having trained properly.