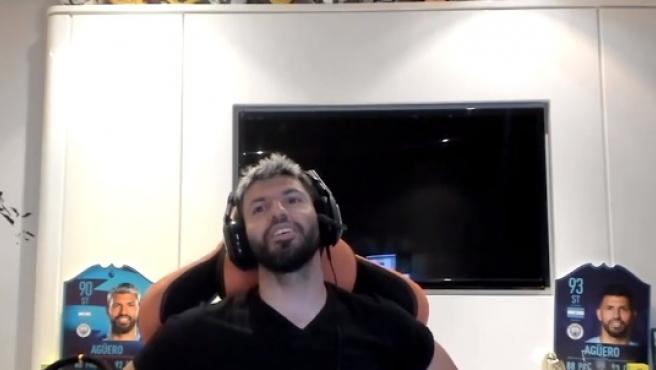 The output of the Kun Aguero Manchester City and what seems to be his signing for FC Barcelona is being one of the current issues in world football. A signing that Gustavo Poyet (former Real Zaragoza, Chelsea or Tottenham among others) looks very kindly … but with one condition: “stop playing video games.”

“If you stop sitting in the chair to play the little game, it can be a good signing. Lately I have seen more photos of him in the ergonomic chair in front of the computer than playing soccer and that worries me. I wish him the best in the world, but the player sitting for a long time is bad for your back, no matter how ergonomic that chair. If you get mad I’m sorry, but I’m trying to help you because He is an incredible player and the personal connection he has with Messi can do him a lot of good”Poyet commented on Esports COPE.

Poyet also spoke about the future of Koeman in FC Barcelona, ​​criticizing that the club does not say things more clearly in this regard. “It seems that you are playing the position all the time. It seemed that each game was an exam and that is felt by the player and the coach because we are human beings “he explained.

He also wanted to have some nice words for his compatriot Luis Suarez and its performance in the Atlético de Madrid. “If you could give Luis Suárez a bonus, it was that way of leaving Barça and also going to a team like Atlético. They found Luis Suárez with an internal anger to show that he was still in force. Cholo said it and we all knew it. And Atlético de Madrid needed a player like Suárez, he lacked that point of view, a player who always wants to be present to do what the team needs ”.