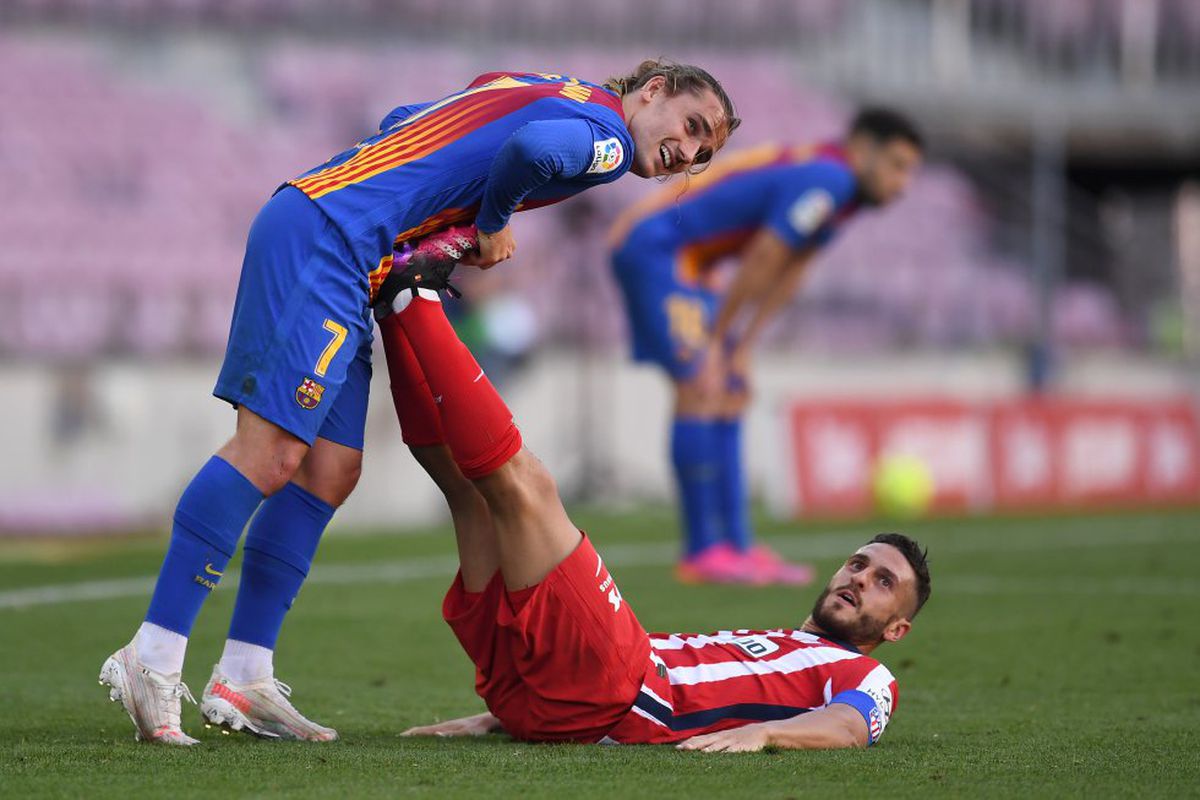 With three minutes to go to the conclusion of the game at the Camp Nou (0-0), Koke’s legs said enough after accompanying a counterattack and going to pressure after the frustrated attack. With the twins as stones, the Atlético captain spilled onto the grass. He completed a performance in which he mixed physical waste, tactical discipline and hitting the ball. He was the Atlético player who gave the most good passes (58), including nine long ball movements. Koke was decisive for Atlético’s offensive game to continue from the beginning and to stop Barcelona’s. He led the recoveries of his team (9) and also the fouls (9). “The first foul of the game was made by him. It was Messi and it was his way of saying here I am. The game he played was an outrage. He was already being imposed on Busquets, but when he was substituted, the game was completely his, ”they analyze at Atlético.

Koke’s performance was always marked by the position of the ball, in attack and defense. From the central axis he swung left and right to avoid the superiorities of Barcelona. He contributed to closing the spaces inside, always aware of the Barcelona player who had the ball and on several occasions led the pressure in the opposite field in the vicinity of the Ter Stegen area. He spent the entire game yelling at his teammates to advance the lines when he felt that the team was hogging too long in front of the Oblak area. His gestures also constantly pointed out to the Barcelona player that he could be free to receive the ball. At Atlético they report that it was exciting to hear him at the Camp Nou, supported by Luis Suárez and Oblak.

“His is a leadership that comes from what he does on the field and in training. The others follow him because he has earned respect for their solidarity. He has inherited that from Gabi, ”says Juan Vizcaíno, who was Diego Pablo Simeone’s assistant for seven seasons. In the house, Koke has more pull for his bonhomie than for being a cacique. During the week, together with Oblak and Savic, he has been stinging and challenging his teammates before the challenge posed by the game against Barcelona.

Koke has always recognized Gabi’s influence on his performance on the field. He admits that he learned from the former captain to constantly order the team. In that sense, he has become the same extension of Simeone in the field that Gabi was. “There are few players in Spain who can have such a great display during games. He is all heart, he may be better or worse with the ball, but tactically he does not fail. What he did against Barcelona reflects what Koke is as a footballer, ”continues Vizcaíno. “Atlético played a brave game, but it was essential that they have good passes between the lines and precision to get out of the pressure that Barcelona was putting on them. Koke gave the team the break it needed to avoid risky losses and to progress. “

Koke’s party in Barcelona endorsed his leadership before and after the match. He was one of the Atlético footballers who most accused the unexpected defeat in San Manes (2-1), but also the one who put the most effort in lifting the team, pointing to the idiosyncrasy of Atlético. The same night of the defeat in Bilbao, an audio of him speaking with a friend was leaked on social networks. “The fucking Atleti, the fucking club that we are. The more difficult we have it is when we get things out. The easier it is, the worse for us “, he was heard to say, before concluding a harangue with clear influences from Simeone’s thought:” Remember what I tell you: we are going to win this League because nobody believes in us and when nobody believes in us it is when we do things better ”.

On the return to Madrid from Barcelona the atmosphere of the expedition did not exude joy, but Koke conveyed that the match held legitimized the team as a contender for the title.