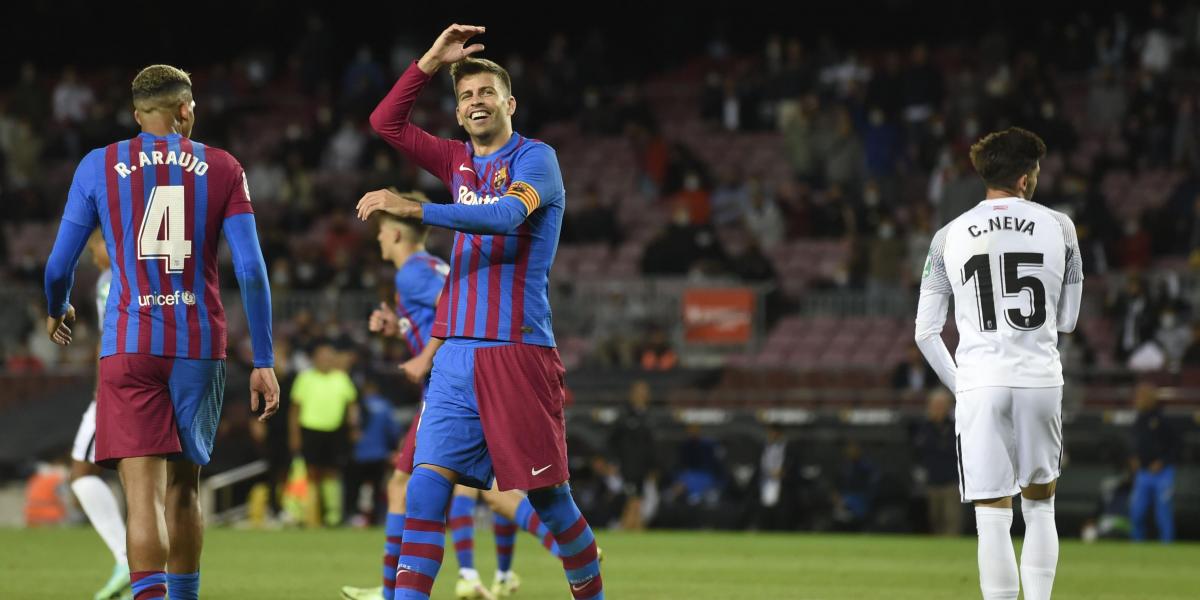 Ronald Koeman, against the ropes, losing 0-1 at home in the 75th minute, he redoubled Johan Cruyff’s bet, with that old genius of putting Alexanko as a center forward to try to solve more than one match in which there was no way to open the can. Yesterday, Koeman ended up playing with three center forwards, two of which were central. Never seen. Luuk de Jong had already entered the break, the substitute Piqué entered in the 75th minute to become a pure ‘9’ and, from the 80th minute, Araujo also went up and stayed at the top. And the truth is that Koeman’s invention, as risky as it was primitive, helped him to scratch a point, make Barça remain undefeated in the League and who knows whether to save his head with a header. Araujo scored, the new Uruguayan matador who had already finished off three times on goal. Already at set pieces, Barça deserved to have scored before, with Sergi Roberto’s post or with Luuk de Jong’s easy header. “It’s not the game we want,” he said. Koeman.

This is certainly not a Barça recognizable, but against a rival with 11 players locked in the area for 94 minutes, he pulled a rudimentary system. Well, “that’s what it is.” The coach, in his logic, can be happy. If against him Bayern it went from losing 2-8 to 0-3 in 13 months, against Granada it has gone from 1-2 that the League cost us to 1-1 that serves to continue deceiving the staff.