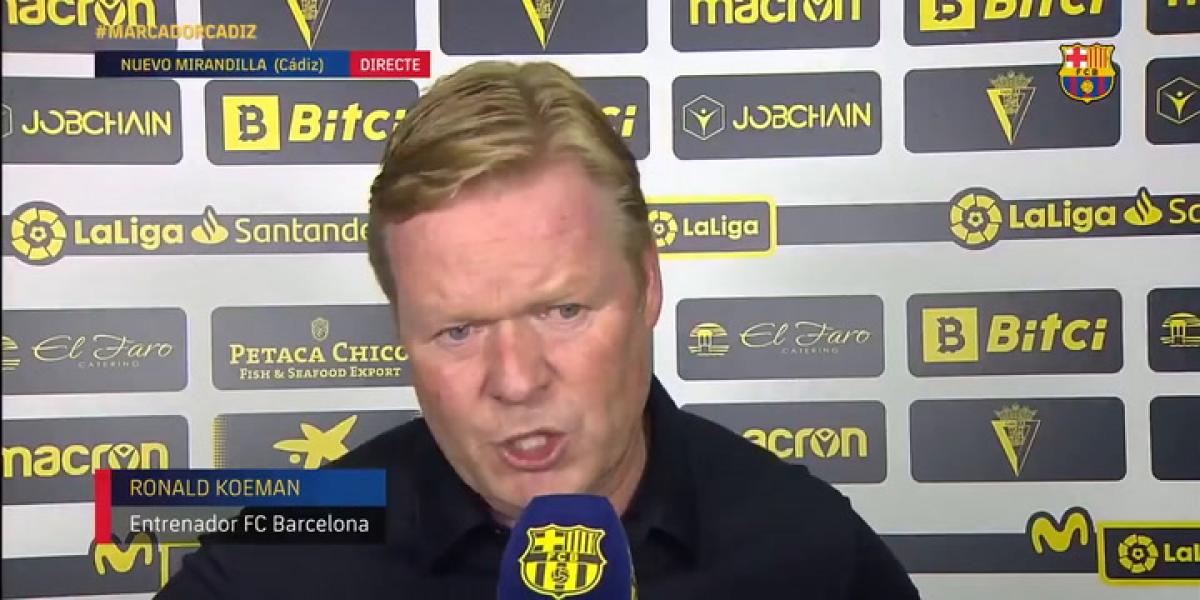 The coach of the FC Barcelona, Ronald Koeman, he was very angry yesterday after the game against him Cadiz where his team did not go beyond the tie. The reason for his anger was due to the direct red card he saw in the final moments of the game, in the play where Busquets was cautioned when there were two balls on the grass. “It was not because of nervousness, it was because he told the fourth official that there was a second ball on the field and the referee had to stop the game, everyone except the referee saw it. They expel you for nothing, in this country they expel you for nothing. I have asked the referee as normal. Attitude? We leave it because it is not my problem ”.

Regarding the game, he commented that “I think you don’t always have to look at the result. I think you have to analyze what the team has done, the attitude and the dedication, and I cannot complain about anything about this game. Unhappy because we have had four or five very clear chances and we haven’t scored. It was difficult for us to play with one less but to highlight the attitude until the last second. I stay with the attitude and not with my personal situation. If I win I continue, if I lose you have to find another coach… that’s for you ”.

Asked for his words about what would be a success to be at the top in LaLiga, he said that “I have said several times that you always have to try to win every game. You always have to try to win titles, but you have to be realistic. You have to see the squad we have, the people we lack. I have also said that if we have all the players available, today we are missing seven players who can be starters in this team ”.

On whether he had spoken with Laporta on the last day, he said that “the ‘presi’ was at the hotel and we greeted each other before the game. And nothing, surely there are more days to talk about this issue if the club wants to talk ”.

Again on the subject of his future he replied that “surely you will continue with this, the only thing I have to do is continue working with the team, the feeling I have with the team is very good.”

Koeman He once again emphasized the role of his footballers yesterday: “The positive thing is the attitude of the players because that is the most important thing for the coach. The team has shown a lot of attitude to win even when we were one less. We struggled to get a good result but we lost some creativity at the front but we still had several chances. We are under pressure as a team and this is sometimes difficult to handle ”.