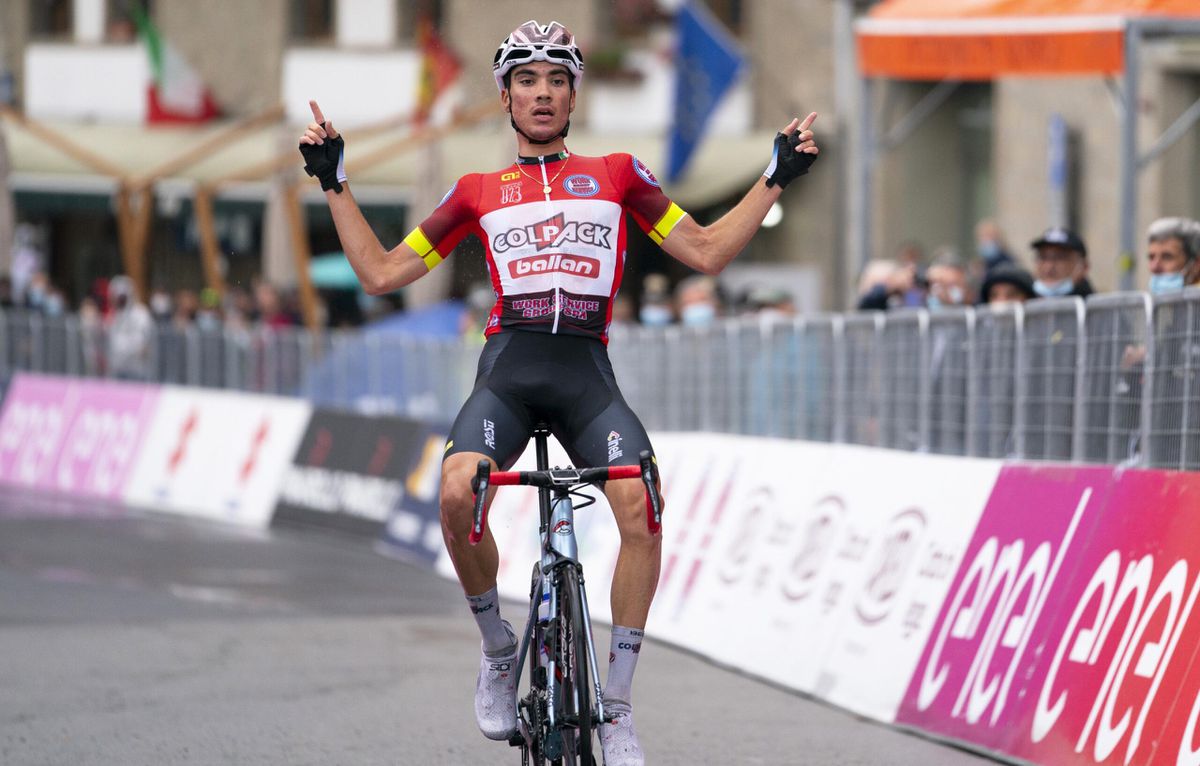 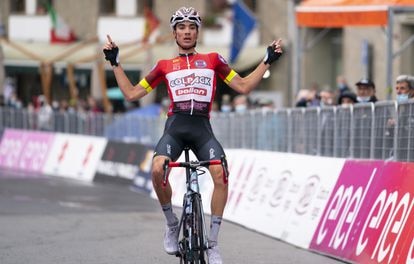 This Thursday, June 24, summer solstice, at 18 years and 277 days, Juan Ayuso will leave Pasturana and, after crossing the Ligurian Apennines by bicycle, reach Genoa 192 kilometers later, at the Giro dell’Appennino. It is, perhaps, the great news of Spanish cycling this 2021 for a star-hungry hobby. Ayuso, who has passed through the U-23 category like lightning and thunder at the same time, fast as lightning, thunderous for his victories, will do so dressed in the UAE jersey, one of the best teams in the WorldTour, the team from Pogacar, the winner of the last Tour. Climber, wheeler, arrival and time trialist, all in one, in the barely three months that he has competed in Italy against the best under-23s in the world, Ayuso, born in Barcelona to Valladolid parents, raised in Atlanta (United States), raised in Xàbia (Alicante) and resident of Andorra, has won two races of one day and two laps, nine victories in total including the crown of the Italian season, the Giro sub-23 (the general, three stages, mountain jersey, the regularity, of the best youngster, of the combined), who has dominated from the first to the last day like a new cannibal, a new Eddy Merckx. “I dreamed of this when I was seven,” he says. “I always want to win.”

Question. After winning several Tours, Indurain said: “If I can do this, it is not very difficult.” This facility, which can also be his, disarmed rivals, leaving them hopeless. Are you worried about passing for an egotistical and conceited cannibal, for a bully?

Answer. In the Giro I always tried to go to the start 10-15 minutes earlier than I should to try to talk to people … My team was running very aggressively, we never let the leak, we always had the race very under control And it is true that there were people who were pissed off, asking us to let the escape at least come. But, after all, the race is race, and you were competing. But I was trying to explain that, that I’m here for the same reason as them, because you want to win, and I was trying to make relationships, and get people to know me. If I only win, I win, I win, and I don’t talk to anyone, they only have the image of me crossing the finish line, or of me putting the team to shoot so that I can win, and they only have that image, they don’t get to know me, they may have a slightly different view of me. There were people who had an image of me a bit bad, as a bully. When they meet me, they see that I am a very normal person, and it takes away a little … although my way of running was not going to change whatever they told me. But in the peloton, when the race is going smoothly, I always try to start a conversation with the person next to me so as not to create bad vibes.

P. Doesn’t the speed at which things happen make you dizzy?

R. Objectively it is a reality that everything has gone very fast. I have taken bigger steps than usual, but I think that even though I have taken them quickly, I have taken them firmly. This coming to Italy has helped me a lot. And now I am 100% convinced that I am ready to race in the WorldTour. It went fast, yes, but my father suffers more vertigo than I do. I handle it very well. At the end of the day I am fulfilling a dream. I am delighted, super happy. This is what he dreamed of at the age of seven.

P. Is it as if he had already left the university, so early, and launched himself into life, and his parents had left only their child’s room that awaits him when he returns home?

R. We have moved from the house that I have always lived in Xàbia, but until last year in my room the posters that I had put up when I was 12 years old were still [curso 2013-2014] from Contador, from Purito, from Valverde … The new owners will have taken them away, but I kept them. At the end of the day, I am lucky that even if I did not have the level to be a professional I would still live this sport as I do, with a lot of passion.

P. Do you feel like you are predestined, one who does not choose where you want to go but who your talent chooses?

R. The level is the one that marks you where you have to go. If I had a lower level, even if I wanted to, I could not go to professionals. And, on the contrary, if you have a high level it is very difficult to say that I am an amateur for two years when you have proposals from very large teams. And so, yes, the trajectory of my life is being marked by my performance, but, on the other hand, I am happy that it is so. I live to perform, to be a cyclist and I am being able to do it.

P. Other cyclists are tormented by the fact of being predestined, the obligation to live up to their talent, they feel that they lose control of their life …

R. It doesn’t overwhelm me. I know that I have excited many people, I have given hope … It does not take me away from sleep. I will go where I have to go. I only have one commitment to myself, which is to give 200%, and once I give everything I have, if instead of getting a 10 I get a seven or a five, I will be happy with it. The pressure of having to take the reins of someone who is predestined, who they say is predestined, to win great races does not take my sleep away. As long as I’m happy with me for giving 100%, whatever has to come will come, and if not, then too.

P. Of all the images of his victory in the amateur Giro, the fans are left with his attack on the climb from Sondrio to the Dique del Moro, an ax blow in the port that reminded the Perico of the best times …

R. I don’t know if that attack had 200,000 views on Twitter and a lot of comments … Those videos, those shorts, are very exciting to people who want to have a new benchmark in Spain, but I am still calm. Obviously, winning the Giro in this way has made me gain even more confidence in myself. My short-term goals are quite ambitious. I consider myself a humble person but at the same time with a lot of ambition to want to be the best, right? But with my feet on the ground. Winning the Giro like this forces me to be ambitious, and set big challenges for myself …

R. I still don’t want to tell the press in case they don’t come out later, but I do have in my mind … But in the mental schemes that I have made for the next races that I run with UAE I have the objectives of where I want to be. After Apennines and Lugano [27 de junio], the first big date for me is the Clásica de San Sebastián, on July 31st. And then, the Tour del Porvenir, from August 13 to 22.

P. San Sebastián, where Remco Evenepoel dazzled the world when he was 19 years old? I do not know if you know that it is compared to the Belgian phenomenon …

R. Hahahaha, I know, I know … And it doesn’t overwhelm me that they do. As long as I enjoy the bike, which is the most important thing, it is not that the other matters to me, but I will care a little less about the press, the comments of the people, what is expected of me … I am happy to give it my all, and I am expected to win but I finish third, it will not make me bitter. I always want to win, but it doesn’t take my sleep away.