Betis qualified for the Europa League round of 32 by tying second place in their group after beating Ferencvaros and taking advantage of Bayer Leverkusen’s triumph against Celtic. He will go to Glasgow without risking anything in the prelude to look for the eighth against one of the third classified in this Champions League. He signed a firm performance to serve his purpose against an innocent Ferencvaros from start to finish. A great brushstroke by Joaquín and the magic of Sergio Canales were enough to certify the victory and look askance at a Bayer that came back in the last breath to subtract emotion from the final chapter of this group G.

Pellegrini handed over the keys to Canales again and he ruled the clash from the start. Ferencvaros did not want to fight for the ball, but they did want to close all possible spaces. It took him less than five minutes to prove he wasn’t capable. The same thing that Joaquín needed to determine that he could emulate the role of the sanctioned Fekir. The portuense executed a precise pass into space so that Bellerín penetrated by that right wing and launched a service back that Cristian Tello took advantage of to open the scoring before the passive gaze of the rival defenders. The 1-0 delivered calm at all levels. Pellegrini asked for caution back and Ferencvaros took more risks to connect with Nguen and Mmaee. Both looked for the doubts of Bartra and Edgar, although the group did not finish disturbing Claudio Bravo.

After the calm came touches of tempest from the green and whites. Bravo assisted Borja Iglesias and he ran into Dabuzs in an ineffective definition. About half an hour, Joaquín and Canales drew a brilliant vertical partnership that ended with a shot from Borja Iglesias interrupted by his teammate Miranda. There were no bright flashes on the Villamarín lawn. Guido covered holes in the rain while Rober searched for diagonals from the core to find more dynamism in the creation. Neither the youth squad nor Joaquín are mirrors of Fekir, but the key to danger was in that alliance.

After the break, Betis wanted more. The accounts looked askance at Leverkusen-Celtic and the team understood that the search for more goals could be a decisive factor for classification. Canales, comfortable and dominating as a central midfielder, appeared to solve that green-and-white insistence. He protected the ball heeled on the right flank of the attack against several defenders, slid the ball towards the center with a driving feint and launched an unstoppable missile at the opposing Dabuzs squad. Controlled joy in Heliopolis. The nerves, for 35 minutes, went to Leverkusen.

Control of the duel never escaped Betis. Ferencvaros stretched, but so did Tello, vertiginous between spaces in search of the third goal. Joaquín asked for air, got an ovation, another one, from Villamarín and Lainez entered the scene wanting to revolutionize the last meters. Too much precipitation in the Mexican. The Hungarian team accelerated at times until turning the closing of the clash into a round trip with hardly any significance. Betis looked askance at Leverkusen and found more answers when Diaby, a Betis terror in Germany’s 4-0 win, certified the Verdiblancos’ pass to the next round by condemning Celtic. 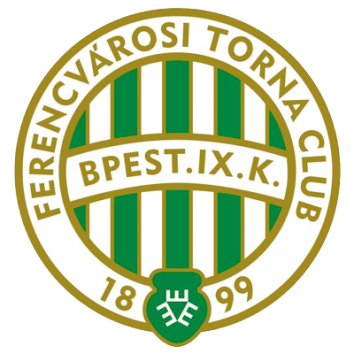