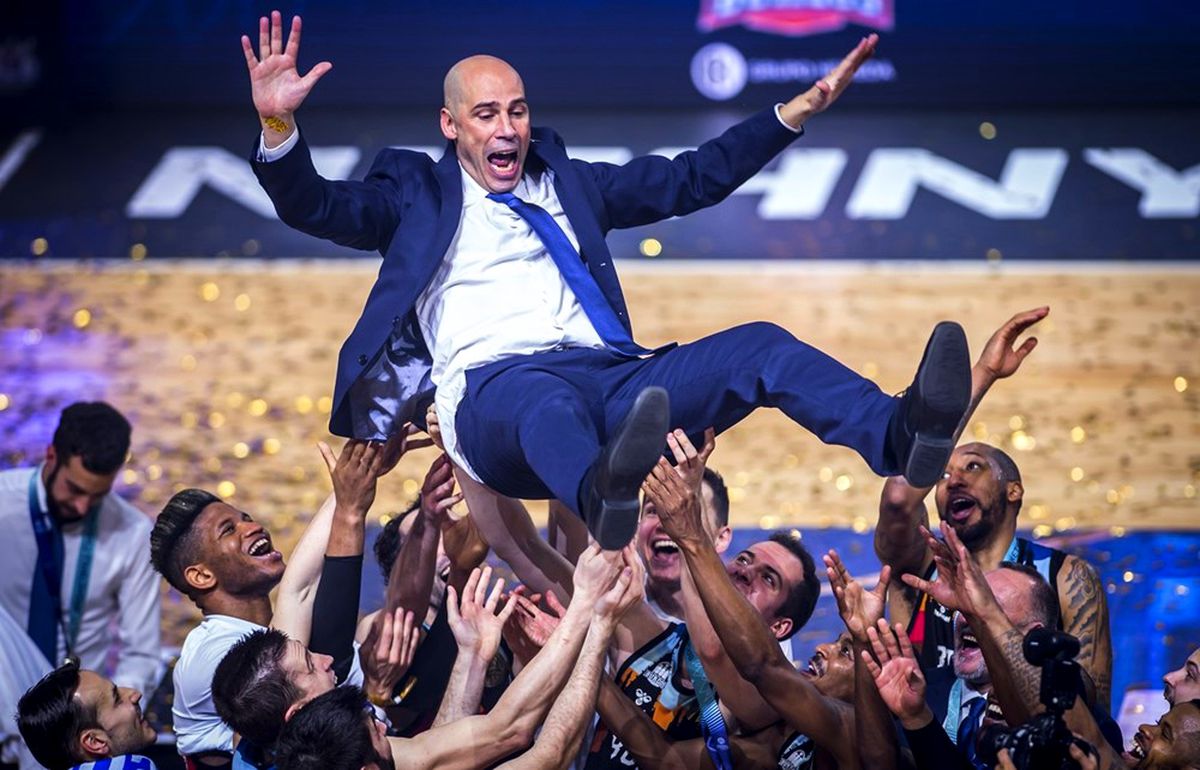 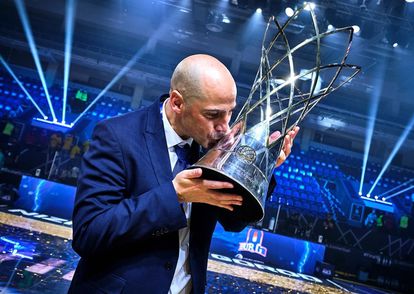 The Miraflores Basketball Club, inherited from San Pablo Burgos for sponsorship reasons, was re-founded in 2015, promoted to the ACB in 2017 and, with just two seasons of experience in the elite, began to fly. The arrival of Joan Peñarroya (Terrasa, Barcelona; 52 years old) to the Coliseum bench was a competitive turning point. In the last year, the team has been an ACB semi-finalist, a Cup quarter-finalist, an Intercontinental champion and a two-time Basketball Champions League champion. Just arrived from Russia, with his suitcase loaded with glory, the coach takes a proud but no fuss balance.

Question. What a trip, in every way?

Answer. Not bad, no (laughs). If they tell us that we were going to win two Champions League titles and one Intercontinental in seven months … surely no one would have imagined it. It is not within normal things, but this is the greatness of sport, that exceptional phenomena such as Burgos appear.

P. For years the club had been building a project of progressive ambition, but the successes have come apace.

R. Everything is going very well, but it is also going very fast, yes. With this rhythm we can hardly enjoy what we have achieved. Only time will allow us to size it. Burgos is a very young club, but each year it has taken firm steps, growing at all levels. In sports, the leap has been so great that it is difficult to think of going much further, but the important thing is to keep doing things well.

P. What did you see at Burgos and what did the club ask of you when you joined in 2019?

R. It was a difficult decision for me, because I was in Manresa, which is my home, and we had also had a fantastic year, returning to the playoffs after twenty-some years … I felt very valued and loved, but a great project came to me. Many thought that there was not a big difference, they did not understand me, but I did have the feeling that it was the ideal place to continue taking steps forward in my coaching career. We were on the same idea. I thought we could be a very competitive team, although I didn’t imagine going that far. Doing things right shortens the gap between resources and success. This is how we have been doing it: signing well, counting on hungry players, creating chemistry, believing in a philosophy and an idea of ​​the game. With an ambition that is also transmitted to those who arrive.

P. How is this chemistry created and ambition internalized?

R. Now there is a lot of information, there is much talk about coaching and psychology, which are very good,… but, in the end, the players have everything inside. It all depends on your human and professional level. They are the great protagonists. You have to be careful with fashions. Sometimes things are much simpler. The conjunction of the human factor and talent is what leads you to success. One without the other does not work.

P. And what is the success of the coach?

R. There are many basketballs and they are all good, there are not some better and others worse. It is won with different styles. The important thing is to have an idea and a philosophy. You can be the best coach in the world, but if your speech doesn’t reach the players and you don’t earn their credibility, everything is dismantled. The abc of a coach is that his players follow him and believe him.

P. Do you remember your first coaching talk?

R. I hardly remember the one I gave before the final, but I remember my way a lot. I spent four years in the EBA League, which were cinema, two more years in Leb Plata, another two in Leb Oro… And now I have been in the ACB for seven seasons. I have hit a lot milli to be where I am now, more than people think. That path has helped me to understand the profession. You have to train constantly, but without ceasing to be yourself. One has to be authentic. You learn from your colleagues, from other basketballs, from the players, but you have to have your own stamp. If not, you lack that authenticity and the players smell it. The player smells when they are facing him, when what you transmit is worth it … Having ideas is basic.

P. Are you nostalgic about your gamer stage?

R. As a good closed southpaw that I was, I would have paid money for having played that decisive layup by Alex Renfroe with 30 seconds left [para ganar el título de la Champions]. That is priceless. I really enjoy being a coach, I live it with passion and I have a great time, but here the protagonist is the one with the ball in his hands. Those sensations are unique. I always had a passion for the game. But not even a year after retiring was it clear to me to be a coach. A friend, who was president of Olesa de Montserrat, Jaume Sanmartí, convinced me. He told me: ‘you’ll see how well you will do. Your test and if you don’t like it, leave it. ‘ And since then.

P. Do you have any idea of ​​stability or will Burgos be a way station?

R. This is going so fast that we are thinking about the next step before evaluating the present. Now it’s time to enjoy the present and then face what remains of ACB. The club will surely continue to settle there and want to continue being one of the important teams in the competition. That’s the main. These successes help your consolidation. I have a fluid communication with the president and, when the season is over, we’ll see.