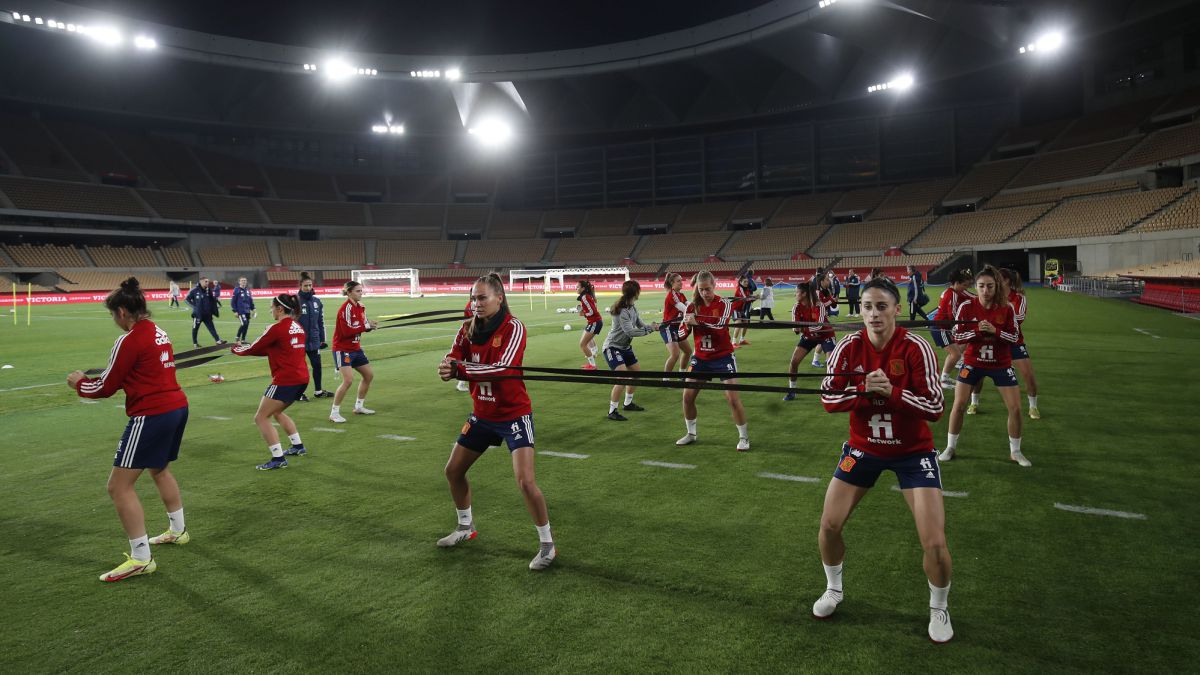 Spain has a procedure before the Faroe Islands before the real trial against Scotland. La Roja begins this November date in front of the group’s Cinderella. The weakest rival, the one who has not managed to score a point. Four games, four defeats. It is more, in the first leg the Selection endorsed him 10 goals.

With those favorable data It is presented in Seville, before its audience at last and with the desire to continue giving joys. And also peace of mind, because the leadership in the qualifying phase for the World Cup in Australia and New Zealand is at stake, with the Scots on his heels.

For this clash in Andalusia, the Spanish staff arrives with a great block. This time The two Real Madrid players, Olga Carmona and Teresa Abelleira, returned to the list. Two young bets who have always been able to do so. Yes indeed, Vilda has a last minute casualty. The txuri-urdin Nerea Eizagirre left touched and Lucía García entered her place, an ‘old’ acquaintance. Even so, the block remains fixed when there are only a few months left for another challenge, the Eurocup.

It is expected, as the Faroese coach himself warned in the previous one, “a very defensive system” that tries to stop the game of Spain. On the way out, Terp already surprised with a 4-5-1. Not even with those did he achieve his goal. In this first game, La Roja could go out with Unit B and leave the highlight for Tuesday’s clash against the Scottish team of Pedro Martínez Losa.

Alternatives. It is the good thing about this team, which has more than 11 players. Amaiur, the great winner with a poker in the first leg, aims to be the great reference in attack. Other young women like Del Castillo, Batlle or Abelleira may have minutes.

The objective is still to get all three points, without letting your guard down. As this group has been doing for a long time. Given the difference between the two teams, It is not unreasonable to look at the biggest win in the history of La Roja (a 17-0 to Slovakia in 1994). Matching it would be a feat, but it’s not impossible. The third World Cup in Spain is at stake, there is no license to lower your guard.