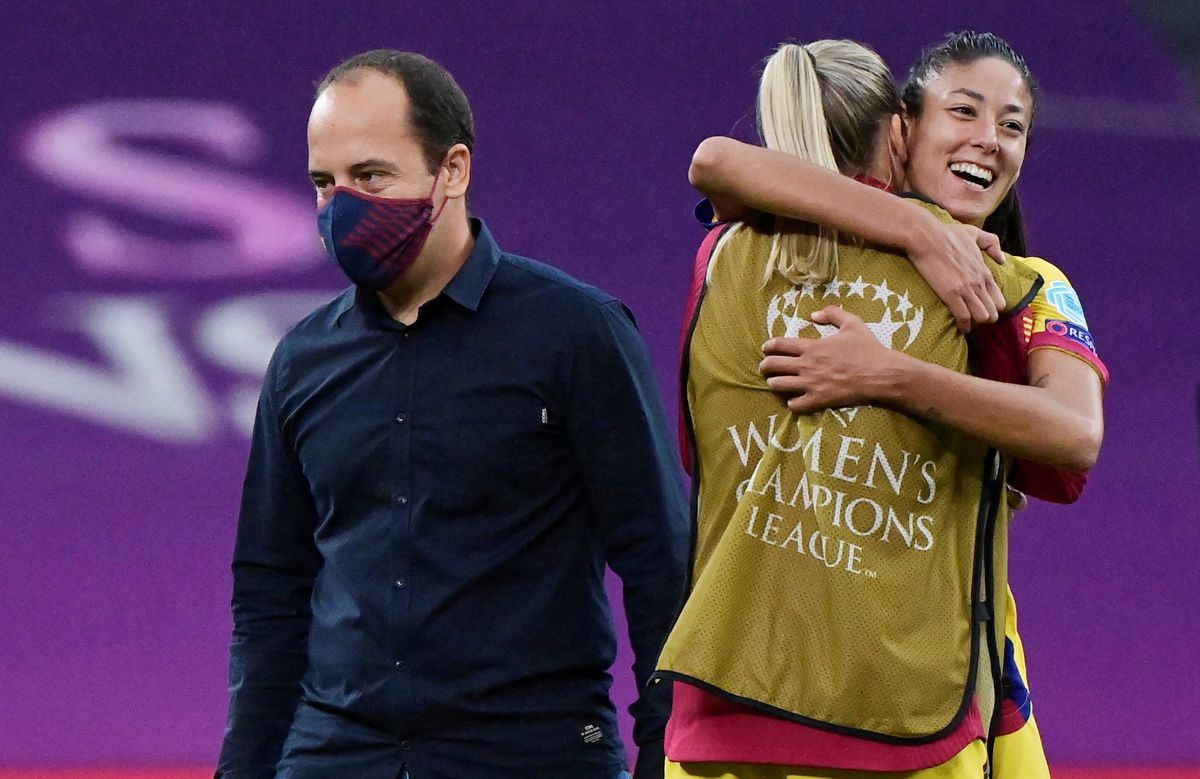 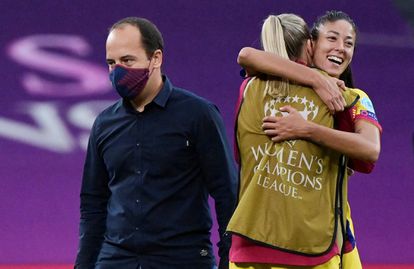 Before the final of the Women’s Champions League in Gothenburg, a Barcelona employee warned about a latent tension in the Barça group. “Not all that glitters is gold,” he assured, and later added: “but since they win, everything is covered. Barça swept the league and was running to conquer what has never been seen in Spanish football: the European Cup. They did not fail. The Catalans beat Chelsea in Sweden (4-0) and crowned a historic season with the Queen’s Cup: a triplet. The success, in any case, did not erase the bad vibes between the coaching staff and their players.

He didn’t even hide it. The differences are now so public that the two parties have manifested this Saturday separately before the concern of the club, which advocates redirecting the conflict internally to avoid greater evils and not have to intervene on behalf of anyone. “It is normal that conflicts and moments of more tension appear in a team with such competitive demands and emotional charges,” says Lluís Cortés, Barcelona coach. Captain Vicky Losada seconded him: “It has been a very complicated year with the Covid and the people who work in the elite know that the emotional tension and concentration is very hard.”

In January 2019, when the team did not finish starting with Fran Sánchez on the bench after Xavi Llorens’ successful cycle, the hard core of the Barça squad expressed their dissatisfaction with the coach. María Teixidor, then a director responsible for women’s football, listened to the players. “We were moving away from our philosophy. There were games in which we played with double pivot and also there was no good harmony with the coaching staff ”, they complained in the Barça group. Goodbye to the coach. At the Barça Sports City, at that time, there were those who suspected the power that the dressing room was conquering. The solution to the removal of the coach, however, was not far off: Lluís Cortés. The coach was part of Sánchez’s coaching staff, he knew the players, and he was a fundamentalist of Barça DNA. Everything changed. Barça could not regain the title in the League but slipped into the Champions League final against the powerful Lyon (4-1) in Budapest.

“They physically passed us over,” they complained. The staff, who had the utmost confidence in the project, surrendered to Cortés. Captains and coaching staff agreed, in a conversation at the Budapest airport, to increase the quality and quantity of work. They won the League in the 2019-2020 season and this past season they were left with two Queen’s Cups (2020, postponed by the pandemic, and 2021), they repeated in the League and climbed to the top of the podium in Europe. The problem is no longer football as it happened with Fran Sánchez, or intensity in training; neither of management of egos. Vicky Losada, for example, understood that if she wanted minutes she would have to look for life outside the club. The midfielder will play next season for another team.

At Barça, the relationship between the dressing room and the coaching staff broke down. “You have to take into account all the parties involved in this process. It is important to listen to the players and also to the staff“Asks Cortés. Losada, meanwhile, seeks to clean up the image of the wardrobe. “The team has always respected the hierarchies of the club and the work of the staff. We are a very good group of people ”, stressed the captain, before traveling to San Sebastián for the league match against Real Sociedad. “Now there is a week left, we want to end up winning the games, giving a good image and for people to focus on what we have achieved, which is very complicated. It has been a very beautiful year for all of us ”, Losada concludes.

The Barcelona directive trusts in appeasing the conflict. In fact, he has renewed Cortés until 2023. “The idea is to continue working to change things, which is obviously necessary, but to do it together, as the team and the family that we have been until now,” concludes the Barça coach . The demand at work and the administration of minutes in matches is a matter for the coach in the same way that the preparation of the squad is the responsibility of sports director Markel Zubizarreta. The claims of the players are supposedly centered on their relations with the coaching staff, an aspect that should be evaluated by Joan Laporta’s board of directors. Barça win titles and time, it will be necessary to see if they win peace after the two parties want to capitalize on the success of the triplet.