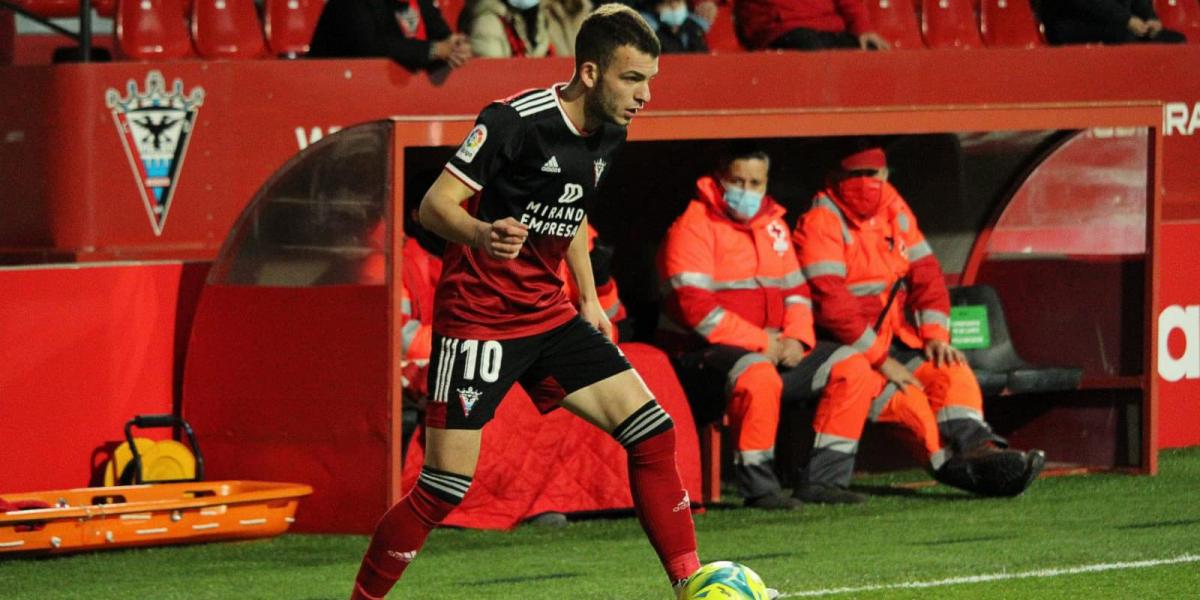 Iñigo Vicente little by little he is overcoming the pubalgia that had slowed him down in the last few days. The half-striker yielded by Athletic at Mirandés was already a starter last Friday in the match against Oviedo played in Anduva, which ended with a 1-1 draw. The deriotarra is much better, although he still has some discomfort derived from the treatment he has undergone both in Lezama and by his current club to overcome this ailment that affects soccer players so much.

The midfielder had missed the appointment against Lugo due to the accumulation of warnings and had not been able to start the next three against Valladolid in Zorrilla (3-1), Huesca in Miranda (0-1) and Fuenlabrada in the stadium Fernando Torres (1-1), but on Friday he regained his place in the starting team chosen by Lolo escobar. He was substituted in the 72nd minute by Rodrigo Riquelme.

Athletic’s doubts for the visit to Madrid

The postponement has been better for Madrid

The treatment has taken effect after having to play infiltrated in the last commitments. Vincent played a good game against the team led by Jose Angel Ziganda, although the tie at home does not add much to climb the leaderboard. Burgos are fifth from the tail with 20 points, two of the relegation places set by Fuenlabrada. Behind are two Basque teams, Real Sociedad B (17) and Amorebieta (14), which yesterday could not go from a draw to one against Zaragoza on field 2 in Lezama. The bottom of the SmartBank League is Alcorcón (9).

The Biscayan accumulates 1,088 minutes of play, with five goals to his credit against the Blues, Las Palmas, Eibar, Ibiza and Almería and two assists. Very important numbers that have made him one of the men with the most weight in the Castilian dressing room.

The one who also played as a starter against the Asturians was Imanol García de Albéniz, the other Athletic footballer who plays on loan for Mirandés. The Gallarta side played the entire match as happened in the previous two against Huesca and Fuenlabrada after suffering a muscle injury on September 26 that kept him in the dry dock for a month and a half.

Athletic looks for a center-back for the Bernabéu