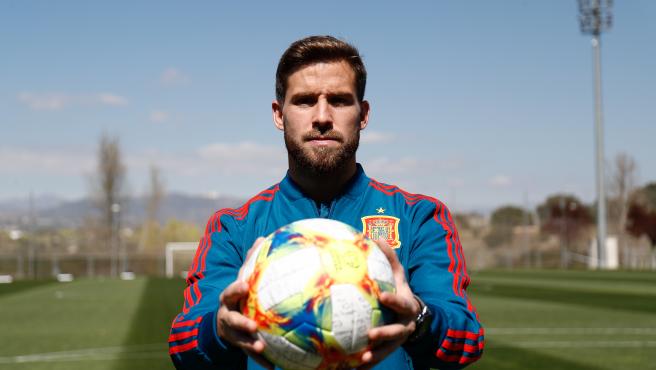 Even if Luis Enrique His decisions in the calls he has given have varied a lot, there were more or less fixed players. One of them was the central Iñigo Martinez, who was in all the pools to be part of the list of the Spanish team for the Eurocup… and it’s not there.

During the press conference in which he explained, among other things, the absence of Sergio Ramos, the coach made a gesture when they questioned him about the soccer player of the Athletic Bilbao. “He will issue a statement later,” he left on the air, amid the glances of all those present and speculation about the Basque’s reasons for missing the continental tournament.

That statement came as soon as the event ended at the RFEF headquarters: Iñigo admits that he has not wanted go because you don’t feel full.

“For some time now I have not found myself 100% physically or mentally to compete at the level of maximum demand required by Athletic Club and the Spanish national team jerseys. After thinking deeply about it with my surroundings, I have come to the conclusion that out of honesty with those shirts and with myself, I must stop, step aside to disconnect, recharge the batteries and quickly recover the strength that has always accompanied me, “he explains in the letter. In it, he assures that this decision was communicated days ago to both his club and the coach himself.

Luis Enrique admitted at the press conference that this It is not the list that you would have exactly liked, because he has seen how many players are injured. In defense is where he has had the most problems, with the cases of Ramos, Carvajal or Iñigo himself, to the point that he has called for Marcos Llorente placeholder image (midfielder) to exercise behind.

Iñigo Martínez has played 15 official matches with the Spanish team since his debut in 2013, but it has been since 2018, with the current coach already in charge, that he has won his permanent position until now.