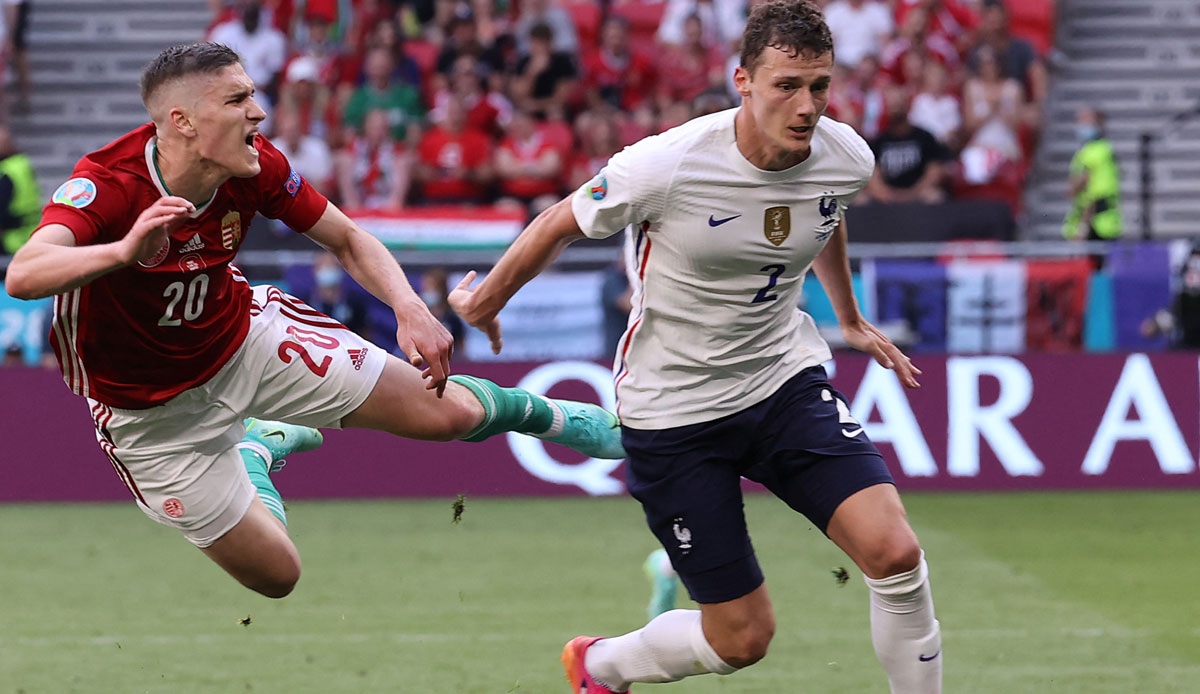 Oppressively superior, but too little income: World champions France missed the early entry into the European Championship round of 16. In the second game of the German group, the Equipe Tricolore did not get beyond a 1: 1 (0: 1) against outsiders Hungary despite a large number of high-caliber chances. With four points, the star ensemble of national coach Didier Deschamps still has every chance of advancing before the final game against Portugal on Wednesday (9 p.m. / MagentaTV).

Attila Fiola (45 + 2) gave the Hungarians, who lost their first game against defending champions Portugal 3-0, the lead. Antoine Griezmann (66th) equalized in his 50th international match for France and, with his seventh European Championship goal with England icon Alan Shearer, drew third in the all-time ranking. In the last group game, Hungary will meet Germany on Wednesday (9 p.m. / ZDF and MagentaTV) in Munich.

Bayern Munich’s Lucas Hernandez was only on the bench with the French, who had won 1-0 against the DFB-Elf at the beginning. The left-back, who initiated Mats Hummels’s own goal against Germany, was replaced in the starting line-up by Lucas Digne from Everton. Bayern’s winger Kingsley Coman, who had left the team in the meantime because of the birth of his child, was again not in the squad.

Les Bleus, who had an excellent defensive stance against Germany and waited for their quick counter-situations, had problems against compact Hungarians at the beginning.

After just under ten minutes, Deschamps’ selection took the initiative. And like against Portugal, Leipzig goalkeeper Peter Gulacsi was in the spotlight. First the 31-year-old parried a long-range shot from Karim Benzema, then brilliantly the margin from Griezmann, who was offside (14th).

Shortly before the agreed drinking break in the glowing furnace in Budapest, the hosts got their first blow in the neck: According to the association, captain Adam Szalai from FSV Mainz 05 had to leave the pitch in the middle of the first half due to circulatory problems after he had to be treated on the lawn for several minutes. Substitute for him, Nemanja Nikolic was hit in the head seconds later in a Mbappe free kick, but was able to continue without treatment.

As a result, France had significantly more shares in the game and the lead was in the air. But Benzema missed a direct acceptance after some remarkable preparatory work by Mbappe (31st). Mbappe, who was increasingly busy with the Hungarian defense, slipped the ball over the instep moments later from the best position.