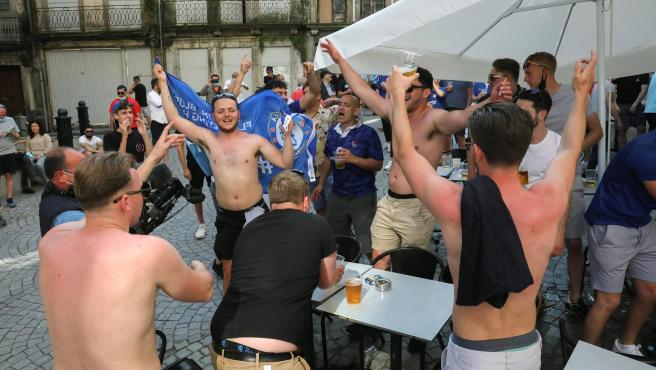 The health authorities regret the “bad example” for Portugal that suppose the excesses tolerated in the end of the Champions League while criticism against the Government of António Costa, who today admitted that the experience is not an “example” but a “lesson”.

What happened in Porto “cannot serve as an example, it has to serve as a lesson,” admitted Costa, it is his first reaction in the middle of a political storm.

The prime minister minimized the impact of the incidents in Porto and assured that the Government did not lie when it spoke of “bubbles” – isolated areas – for the British fans who attended the Champions League final that faced Chelsea and Manchester on Saturday in Porto. City.

According to Costa, of the 12,000 spectators authorized by UEFA, 9,800 adjusted to the “bubble”In other words, they arrived at the airport and were transferred directly to the “fanzone” by buses.

But thousands arrived days earlier “as tourists”, admitted the prime minister, who justified the passivity of the police before the excesses of the British arguing that the Portuguese security forces have a priority “pedagogical” role.

The Portuguese Government maintains the veto of the public in national sports competitions and prohibits street gatherings, but accepted the presence of more than 15,000 spectators in the Champions League final.

Despite the guarantees announced, thousands of British fans took Porto without masks, without distances and ignoring the rules demanded of the Portuguese.

Some images that have been around the world and have outraged the country, who today was stunned to attend the complaint of a member of the police union who assures that the agents received superior orders not to interfere with the English fans

“We had the opportunity to make an evaluation with a game of this nature (…) it is an experience that the Government has”, said the Secretary of State for Sports today, Joao Paulo Rebelo.

Cornered by criticism, the official opened the door for the public to return to national competitions: “We are going to create the conditions so that this return can be made as short as possible”.