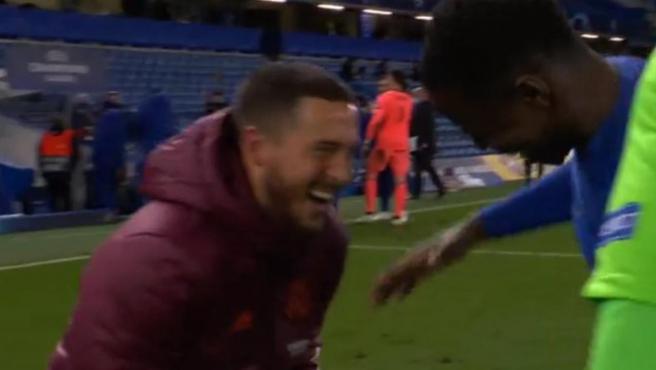 Eden Hazard has wanted to go out to apologize to the Real Madrid fans after having turned on the white supporters after the elimination against Chelsea. After the final whistle, the Belgian was seen laughing with some of his ex-teammates in the ‘blue’ team, as if with him it was not the blow that his team had just received.

For this reason, and seen the commotion generated in this Thursday of Champions hangover, Hazard has taken his opportunity to sing the ‘mea culpa’ with a message on your social networks.

“I have read many opinions about myself today, and it was not my intention to offend the Real Madrid fans. It has always been my dream to play for Real Madrid and I came to win. The season is not over and together we will fight in the battle for the League. Hala Madrid! “He wrote on his Instagram stories.

The images did not sit well with the white fans who, once again, questioned the commitment of the most expensive player in its history, in a career with Madrid that has always been accompanied by injuries.

However, in the match against him Chelsea That lack of commitment could not be attributed to him except for the aforementioned laughter, since in the green he left everything, or at least that is what he tried. The ‘7’ he was the player who ran the most for Real Madrid in the second leg, completing 10.64 km, more than Kroos or Modric, the only three above the Spanish average.