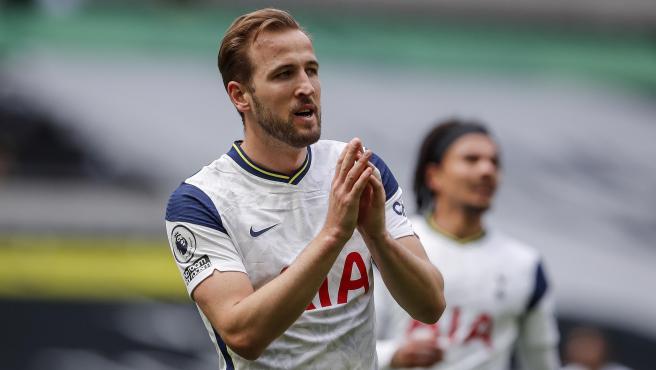 Major earthquake in the Tottenham Hotspur after what Harry kane, figure and one of the team captains, has communicated to the club his wish to leave this summer, as reported by Sky Sports. The one who is considered one of the best strikers in the world will undoubtedly be one of the protagonists of the summer market.

Despite the fact that teams like FC Barcelona are looking for a forward, will be ‘raffled off’ exclusively between Premier League teams, since the intention of the player is to remain in England, according to the aforementioned media. In that way, Chelsea, Manchester United and Manchester City They would be the teams that have the most ballots to take the English forward.

The London team has shown to have an important lack of goal in the attack point that neither Timo Werner, Olivier Giroud or Tammy Abraham have been able to cover. For its part, City will lose Agüero at the end of this season and Gabriel Jesus does not have that pure scorer profile, while United only have Cavani, 35, as a leading forward.

However, if any of these three teams ends up taking Kane it will be in a signing of astronomical figures, since Tottenham has no intention of letting its franchise player go and, in these cases, its owner does not usually give his arm to twist to negotiate.

At 27, Kane seeks a new direction in his career after ten years in Tottenham’s first team in which he has failed to win any trophies, despite having been at the gates on numerous occasions: the Premier 15/16, the Champions 18/19 or the recent Carabao Cup, in which they succumbed in the final against City.