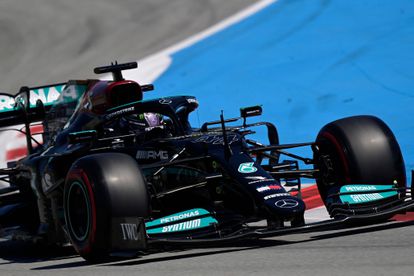 The day Lewis Hamilton won the seat with which he made his Formula 1 debut in 2007, with McLaren, Pedro Martínez de la Rosa was an exceptional witness. At that time (2006), the Spaniard was performing the functions of test and development driver for the Woking team and aspired to take over the wheel that eventually went to the British. Fifteen years after that test at Silverstone, where De la Rosa realized that “he had a big problem” when competing with that very special boy, Hamilton accumulated this Saturday in Montmeló the pole position number one hundred on his service record, and the first person he saw as soon as he took off his helmet was, again, De la Rosa, who was in charge of interviewing him for the international television channel of the championship.

It was precisely in 2006 when Michael Schumacher was awarded his pole number 68 (France), the last of his record, the brightest of the time before the thunderous irruption of the Stevenage boy. “I can’t believe I have added a hundred poles. Who would have told me in 2012, when I joined Mercedes, that I would reach this figure ”, reflected the seven-time world champion, who in the Circuit (15.00, Movistar Formula 1 and Dazn) will again be measured short with Max Verstappen.

The Dutchman will start right next to Hamilton after there was less than half a tenth difference between their best lap. The third, Valtteri Bottas, was only one tenth slower than his workshop neighbor, a blink that confirms the equality that exists in the hot zone of the time tables, where Red Bull has managed to cut part of the margin that until now They had in their favor the Silver Arrows, dyed black since last year. Carlos Sainz, meanwhile, will start sixth, while Fernando Alonso managed to get into the third screen of the timed (Q3) for the first time since he returned to the World Cup, and will start tenth.

In a scenario that better than any other reflects the strengths and weaknesses of the single-seaters, the brawl seems served between the Mercedes and Red Bull leaders, locked in a fist duel; now Hamilton (Bahrain and Portimão) wins, and now Verstappen (Imola) does. The Barcelona circuit, moreover, is a temple for both if we take into account that Hamilton has accumulated six victories and that Verstappen made his debut here (2016), in that first experience with the red buffalo brand, which he promoted directly from Toro Rosso with the championship underway.