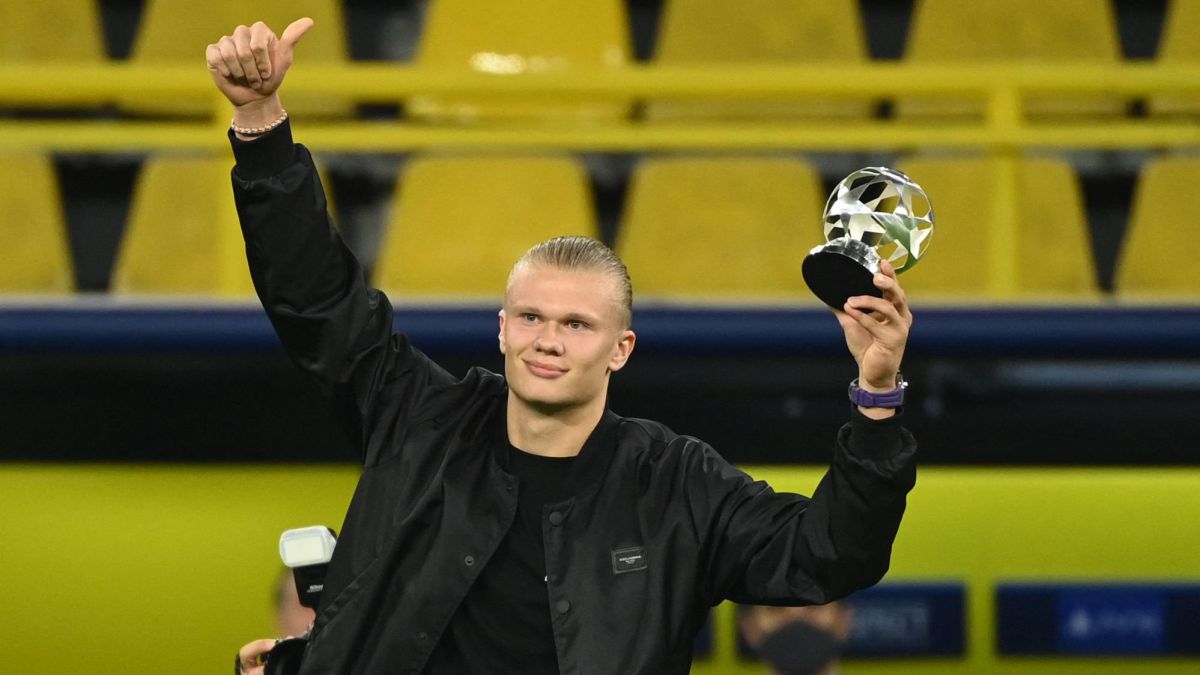 The race for Haaland is already underway. The movements have begun. In fact, Raiola started them in the summer with that tour with his father to visit the most important clubs. The price of the Norwegian falls ostensibly next summer, around 75 million, and everyone knows that the key is to convince the player and his entourage. And all advance positions. One of them is PSG, in their quest to turn their dressing room into something like League of Extraordinary Gentlemen He’s speeding through Haaland. As recounted La Gazzetta dello Sport, There has already been a colloquium between Raiola and the Parisian leaders, with Leonardo at the head.

Obviously, the step is to win the will of the player and that will not come cheap. Raiola, always according to the Italian newspaper, has taken off the hook asking for a salary of 50 million per year. Round figure. The super agent does not beat around the bush and likes to shake the hornet’s nest to ignite the auction. Now it is expected to transmit the same to the rest and the Ferris wheel will continue to turn. Haaland, meanwhile, has been held back by injuries.

Erling is not recovering and, therefore, will not be available this Saturday when Dortmund face Augsburg nor will he travel with the Norwegian national team to dispute the imminent international break. This was confirmed by Borussia coach Marco Rose at the press conference prior to the clash at Signal Iduna Park against the Bavarian team.

“He tried, but the pain is still too strong”, were Rose’s words regarding the muscle injury that Haaland contracted a week ago and already deprived him of being on the pitch against Gladbach (0-1) in Bundesliga and against Sporting in the Champions League (1-0). He tried, but could not. He was even forced to interrupt the last individual session that he was completing, which means that he will not be able to play before the break, “explained the coach.

Regarding the specific plan for the next few weeks, Rose added: “Erling will stay here with us and we will see how we can make the best possible use of the days for him. We will be aware of his evolution every day and I am sure that the rest It will be good for him. For now he stays with us and will not go with the national team. “