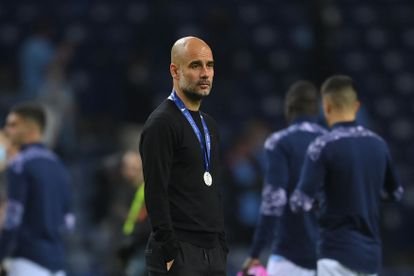 Nobody from Manchester City has doubts despite losing the Champions League final against Chelsea. “We will insist on the idea,” agree the executives and technicians who work with Pep Guardiola, the philosopher’s stone at Etihad Stadium. There will be changes in the squad, casualties such as Kun Agüero, already a Barça player, and possible signings, few as desired as Harry Kane, Tottenham’s center forward, and Jack Grealish, the attacking midfielder and Aston captain Town. The ups and downs always depend on the football intentions of the coach who has renewed his contract until 2023. The football evolution of the team is in the hands of Guardiola and his ability to generate expectations that revolve more around his creativity than a system or scheme, protagonist as the coach is used to being, especially in the 2020-2021 season.

The course of the course confirms that City is an author team: Guardiola knew how to correct and evolve the game until reaching the European final after winning the Premier. The last stage of the English championship was as successful as the beginning was difficult; Stability came after the coach decided in November that he would continue for more years in Manchester (2016-2023) than on the Camp Nou bench (2008-2012). The brilliant comeback caused City to be considered the favorites to also win the European Cup. What happened then in Portugal? It could be that Guardiola’s ingenuity ended up surprising his own team before Chelsea. Critics accuse the coach of being too interventionist – there have even been those who have accused him of inventing formulas to lose – as would have happened in Porto.

Guardiola apparently confused his own footballers and fans when it emerged that Sterling was in the lineup and not Rodri or Fernandinho, the two midfielders who had alternated in City games. Playing without a defensive central midfielder and also without a classic center forward was not a conventional bet, even though he would have already won the League without a 9 classic and scorer as is the style in the Premier. The players were surprised on the field and the team could not find the thread of the game while Chelsea felt comfortable, strong, secure, impenetrable defensively, imposing in blocks and vertical in attack, as could be seen in Havertz’s goal. Fernandinho came in when the score was already 0-1 and there is nothing worse than conceding the first goal to Chelsea. City arrived late and could not correct themselves, further affected by De Bruyne’s injury.

It was not considered a good solution to align Gündogan as a pivot to generate more game, have greater fluidity, speed and precision, a way to overcome Kanté’s Chelsea physical football. City could barely shoot at the goal of Mendy, who started the play for the goal, an action that vindicates the goalkeeper’s footwork, one of the commandments of Guardiola’s style book. The coach lost his third game in two months against Tuchel’s team. Nothing seemed more reasonable than looking for a remedy to avoid falling for the third time without giving up the essence and remaining faithful to the ideology in the case of Guardiola. The Catalan coach, in any case, is reproached for turning things around too much, as if he needed to fill his head with the best inventiveness to have everything under control, and in the end he lost naturalness and did better to the rival, and more in the Champions.

He already spent last season against Lyon or in the three rounds he played with Bayern against Barça, Madrid and Atlético. It is not ruled out that knowing both the four rivals played against Guardiola. Unlike La Liga, its tournament par excellence and the one that marks the winning method, losses cannot be amended in direct playoffs [ha ganado 31 títulos y perdido cinco finales: tres de la Supercopa alemana, una de Copa contra el Madrid y la de Champions]. Europe penalizes the coach since he left Barça, champion in Rome and Wembley when Xavi, Iniesta and Messi, the Barça figures in the Ballon d’Or reigned. The debate will not reopen until the competition returns and, if appropriate, there is a defeat to analyze, so that, in the meantime, it is to be assumed that routine will return and therefore the regularity and reliability of the team in the day-to-day competition in England.

And it is that Guardiola’s mastery is not disputed, his influence on football, both in the League and in the Bundesliga and the Premier, and also his ascendancy over technicians such as Tuchel. The German coach has not stopped scrutinizing the Catalan since he wanted to meet him in Munich. And Guardiola loves to share and socialize his knowledge, applaud opponents who play well and assume defeat with sportsmanship and elegance when appropriate, as happened in Porto when he hung up and kissed the European runner-up medal. The symbolic load that he carries, signified by his footballing, social and political commitment -for the causes he defends- causes that winning Guardiola has a special meaning: there are many critics who are more irritated by the guardianism generated as a footballing and moralizing religion around the coach as Pep himself.

It is already known that Guardiola’s defeats even unite a part of the Madrid fans with another of Barça. The City coach, in any case, does not seem to be inventing in games like Porto because of pressure, snobbery or to blow the ball, but rather is part of a process of constant learning and training that requires taking risks in the most difficult situations. danger, none like those that occur in the Champions League.