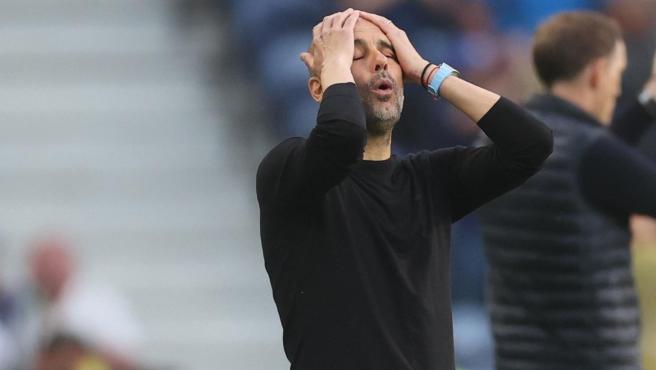 Superstition is very intricate in the world of soccer. There are players who always enter the field with the same foot, who do the same things before a final, who listen to the same music … Rituals that don’t always work, but just in case many do.

Guardiola you will have to adopt one if you want to end what seems to be a very effective curse that the agent of a player with whom you did not have a very good relationship, cast on you, Yayá Touré. Both in the Barcelona as in the City, the Ivorian did not understand anything well with the Spanish and they ended up breaking ties. Dimitry seluk, representative of the footballer, pulled the ‘yuyu’ and promised a curse from a whole continent.

“Guardiola managed to make all of Africa turn against him, I am sure that the African shamans will do everything possible so that Guardiola does not win the Champions League. This will be an African curse for Guardiola. The boomerang will return, Pep “, Seluk said in 2018. Whether for this or not, the truth is that Guardiola has been unable to raise an Orejona for ten years, when he left Barcelona. Touré’s agent, currently at the Ukrainian Olimpik Donetsk, even shared a joke about it.

Not even the more than 1,000 million spent by Bayern and City have given an opportunity to a highly regarded and undoubtedly revolutionary coach, but who for practical purposes he has not been able to win a great trophy in Europe without Xavi, Iniesta, Messi and company.

Guardiola’s case is not the only one with regard to football curses. About him Benfica weighs that of Bela guttman, who said that “he will not be champion of Europe again in the next hundred years”. More than half a century has passed since he uttered that phrase, and the Lisbon team has still not won an ‘Orejona’.