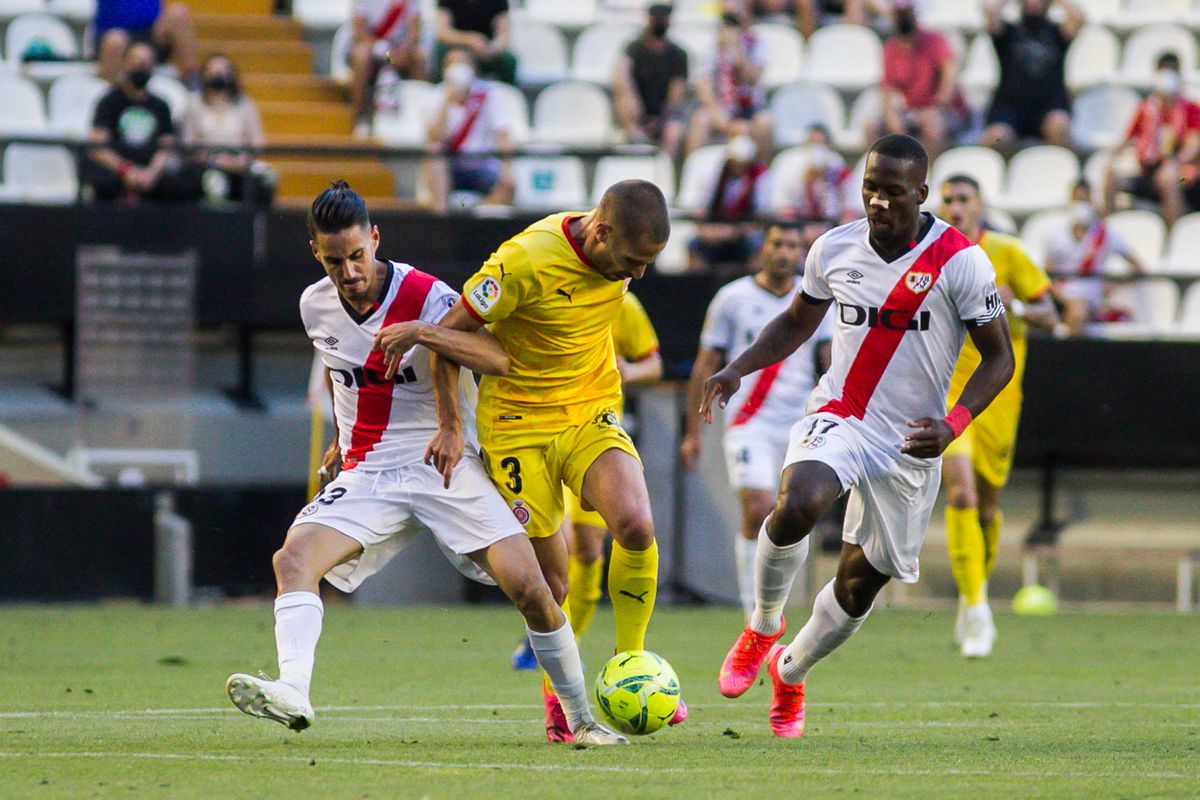 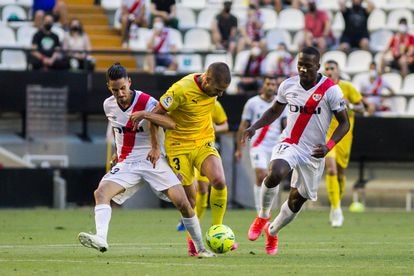 Girona, beaten in the first half, managed to hit with precision in two decisive moments of the first leg of the final for promotion against Rayo to achieve an advantage that brings them very close to their dream of returning to First Division. The Catalan team knew how to overcome Isi’s early goal with two goals from Franquesa and Sylla. One just before the break and another as soon as the game restarts. To that two strokes was added Ulloa’s offside cancellation of a goal in the 88th minute that would have meant 2-2. Rayo had faith and guts to seek a draw, but they did not succeed and Girona’s advantage is considerable. Next Sunday, in Catalan lands, the return is played.

El Rayo was a cyclone in the first half that faced with an excessive ambition against a Girona with the role of favorite. The pressure and speed of the Madrid team surprised a rival who was outmatched in practically every action. After six minutes Isi had beaten Juan Carlos and the prevailing feeling in Vallecas was that Rayo had earned the right to dream. Eight shots later by none of Girona, with good interventions from Juan Carlos included, the game changed radically in a long ball that Sylla protected in a fantastic way against Saveljich. His back pass was finished off by Franquesa. And it could be even worse for the Ray. Just a minute later, a shot from Gumbau was deflected by Bustos and the ball ended up in the net. Pulido Santana scored. The VAR warned him and the referee considered that the forward had helped his arm to score. In attack, everything that is considered a hand and ends in a goal is punishable.

The players and the Girona coach, Fran, did not see it that way, who considered that Bustos finished off with his shoulder. The way to the locker room to rest left too many nerves and very ugly actions on the part of footballers and coaching staff of both teams.

As soon as the game restarted, a great collective move ended with a shot by Sylla that Luca Zidane could not stop, whom his father, Zinedine Zidane, observed in the Vallecas stands. Girona was practical and knew how to keep its loot well, with players like Stuani on the field with a lot of skill. Pozo made it 2-2, but an offside by Ulloa deprived him of the draw, a result that Rayo, by game, had deserved. The return on Sunday will decide the last ticket to First. Something that Espanyol and Mallorca have already achieved.