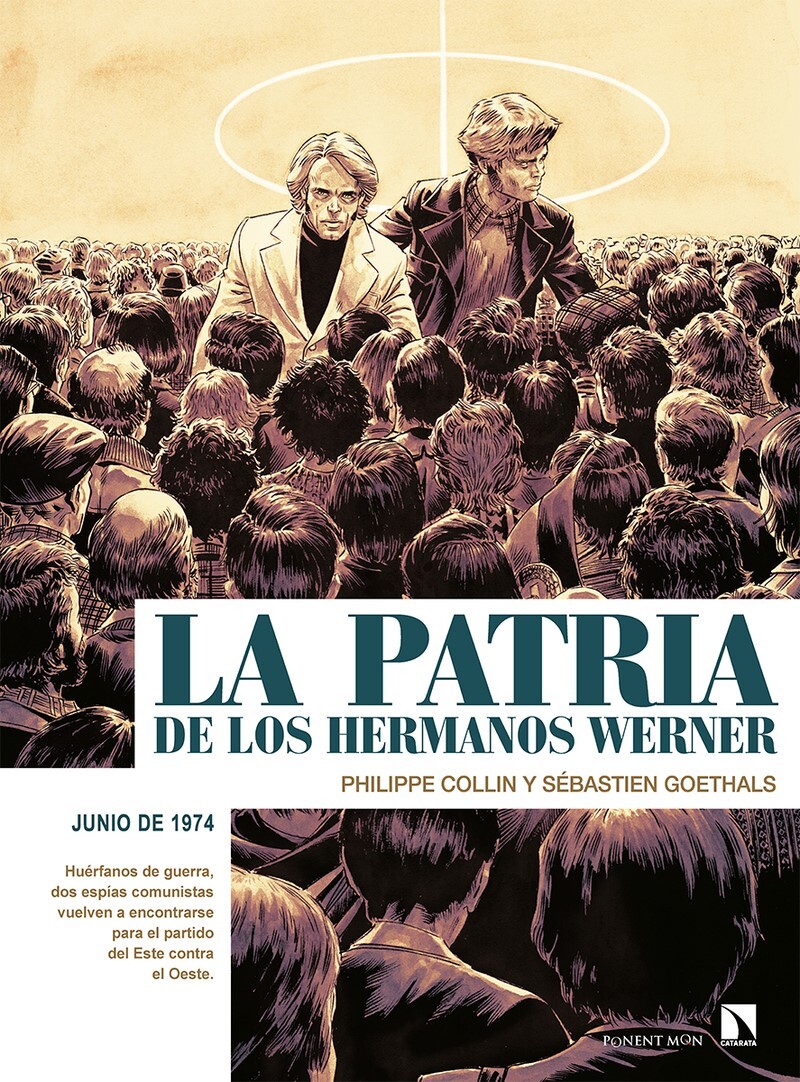 One of the main and most addictive components of soccer is its high degree of chance. It is contested in a space large enough and with a part of the body – the feet – imprecise enough to generate hope that the unexpected will happen. That is the part that most hooks the fans. And the one that the leaders like least.

On June 22, 1974, the German Democratic Republic (GDR) and the Federal Republic of Germany (FRG) faced each other. Match of the first phase of the World Cup. Disputed in Hamburg. The goal that Jürgen Sparwasser scored in the goal of Sepp Maier earned him the victory for his team. Few people would have bet on that result. There was even talk of a victory for communism over capitalism. Fate would have this defeat pave the way to the RFA title: the crosses were easier from the second position of the group.

The homeland of the Werner brothers (Ponent Mon) is a graphic novel that revolves around that game to capture key years in German history. It is the work of Philippe Collin and Sébastien Goethals. It narrates the life adventures of Andreas and Konrad, brothers who were orphaned in Berlin in 1945. Their story is a reflection of an era: in 1951 two million orphans had been registered in Germany.

Captured by the Stasi, Andreas and Konrad become spies. The missions separate them – one is assigned to the FRG – and the World Cup reunites them – the other travels with the national team to avoid escapes. The reunion in Hamburg will generate many contradictions in them. The lifestyles, doubts, feelings, love, fear or the inscrutable paths of football and life are mixed in a story in which there is also room for humor. Like in that guard in which, years before being spies and guarding the border, the brothers tell a joke about some people who were waiting to attack Hitler. They had information about your itinerary. The minutes go by and the Nazi dictator did not appear. Tired of waiting, one says to another: “Well, I hope nothing happened to him.” Andreas and Konrad laugh out loud.