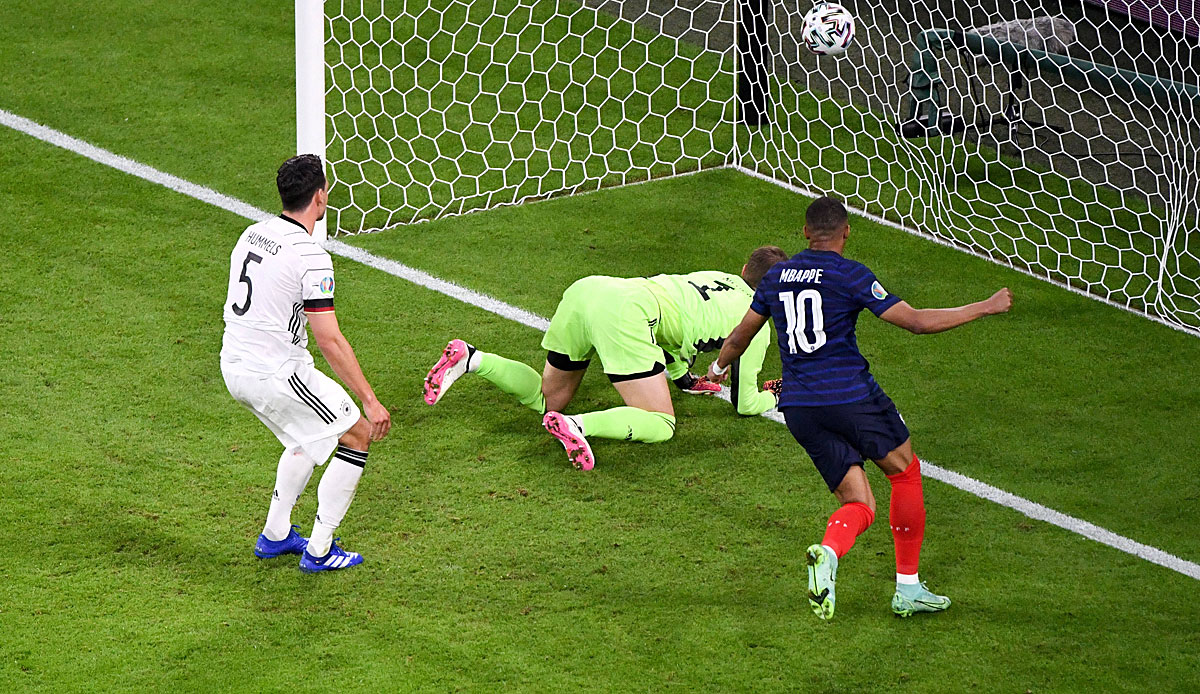 Joachim Löw was denied a successful start at the start of his last tournament as national coach. In the first game of EM Group F in Munich, the DFB-Elf lost to the world champions from France with 0: 1 (0: 1). The only goal of the day was scored by a national player who had only been reactivated by Löw for the tournament.

“We did a lot of what we wanted. We had a chance to score – I think no less than the French. An unlucky goal decided the game,” said Germany’s midfield pacemaker Toni Kroos. In fact, both teams only fired one shot on goal during the entire game. However, France were denied two goals because of more or less close offside positions.

France’s world champion coach Didier Dechamps praised the ZDF microphone: “A great game against a strong German team. I knew my players would be ready. In the first half we might have got a little more out of it. It was the first match and should have been it could also be a semi-final or a final. We were there and this win is good.

As expected, his colleague Löw bet on the team that Latvia had defeated 7-1 in the last preparatory game. Also meant: Kimmich defended in the 3-4-3 back right, Havertz pushed Sane onto the bench.

Attacking football was initially out of the question for the German team against the world champions. The Bleus took control after a short sampling phase and pushed the Löw-Elf deep into their own half.

Shortly thereafter, the world goalkeeper was powerless because the advanced French left-back Hernandez balanced a clever lateral shift from Pogba to the center, where Hummels unluckily pushed the ball into his own goal with his shin (20th).

In this situation, however, Rüdiger did not look good in the first place because he did not occupy the center, which meant that Kimmich had to move in and Pogba served the onrushing Hernandez perfectly.

As a result, the DFB-Elf got better into the game and hardly allowed any further great opportunities for the Equipe Tricolore. However, the last punch was missing in the game forward. Havertz and Gnabry in particular were in the air, there was no target player at the top.

Gnabry’s volley chance shortly after the break did not change that. Löw only reacted after 70 minutes and brought two fresh offensive forces with Werner and Sane. But they couldn’t get the lucky punch either.

The star of the game: Paul Pogba (France)