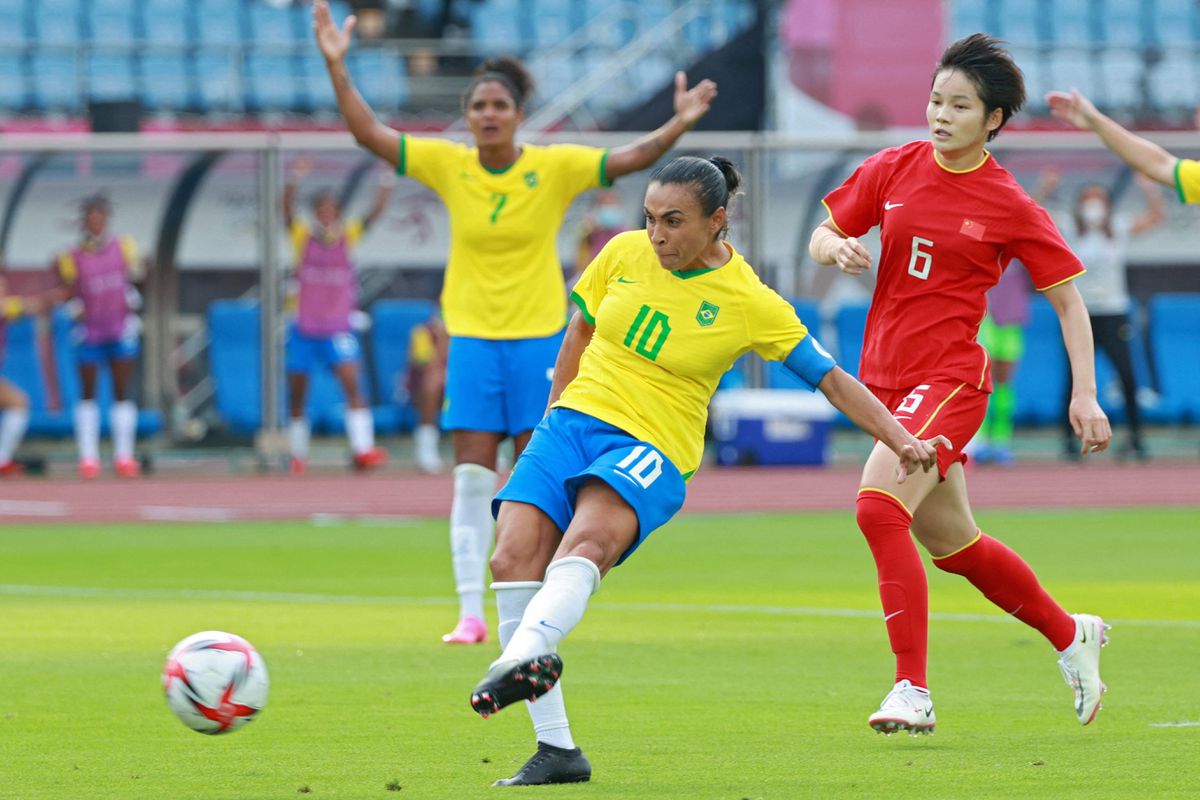 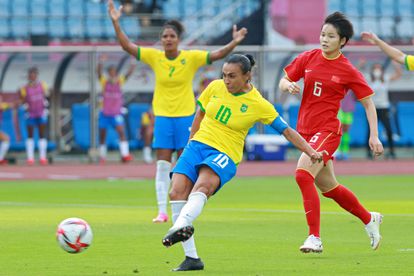 With the number eight and 43 years on his back, it was not just any match for Miraildes Maciel Mota, Formiga. He must remember his debut in the tournament, in the 1996 Games, then with short curly hair, dyed orange, nothing to do with the long, straight and black that he now exhibits. The feet, however, are the same and give the pause and the criterion in the center of the field of the Brazilian women’s soccer team. A few meters higher was Marta Vieira da Silva, simply Marta, 35 years old. It was not a trivial date for her either, because against China (5-0 for Canarinha) she had an appointment with history. And before the 10 minutes of the first meeting were completed, the two players had already sneaked into the Olympus of the Games. One, Formiga, for playing in seven different editions and being the only team athlete to do so; the other, Marta, for scoring at five.

A loose ball in the area was enough for Marta to celebrate her first goal in Tokyo, also her golden page in the Games because she is the only one who has managed to score in five different editions. Jarana in the stands of the stadium, because in Miyagi (as in Ibaraki and Shizuoka) thousands of followers are allowed in, and despair for China, which ended up conceding five goals without being able to say a peep. Although Zambia received a few more from the Netherlands (10-3), the rivals that complete the group.

Marta’s game, in any case, continued and did not stop until she scored her second goal (the third for Brazil), which led her to add 12 goals in the Games, only two from the absolute record of her former partner Cristiane. Although it is one of the few notches that remain to conquer the attacker, six times chosen the best in the world, also the top scorer in Brazil (113) and in the history of the World Cup (17). Good start for Marta and for the Brazilian team, which has never won the gold yet, even though it has always reached the semifinals – fourth in 96 and 2000, silver in 2004 and 2008 and fourth again in 2016 – less in 2012. Marta and coach Pia Dundhage, who won gold in 2008 and 2012 with the United States, are on it. Also Formiga.

Since the women’s football modality was released at the Atlanta Olympic Games, Formiga is the only one to have played all seven editions. “I never imagined a photo like this with her. What a privilege! ”, Gio Queiroz, the 18-year-old girl from Brazil, wrote before the tournament began on social networks, along with a photo with Formiga. She responded with a smile, but for something he is nicknamed Ant, tenacious in the game and a team footballer like no other. It is, supposedly, the penultimate stop of the midfielder, who this year left PSG to return to Brazil, São Paulo, home, 21 years after triumphing between Europe (Sweden and France) and especially the United States.

It remains to be seen if Brazil is able to overcome Sweden, which overwhelmed the United States (3-0). Also to Canada or even the Netherlands. But Marta and Formiga no longer have their records taken away.