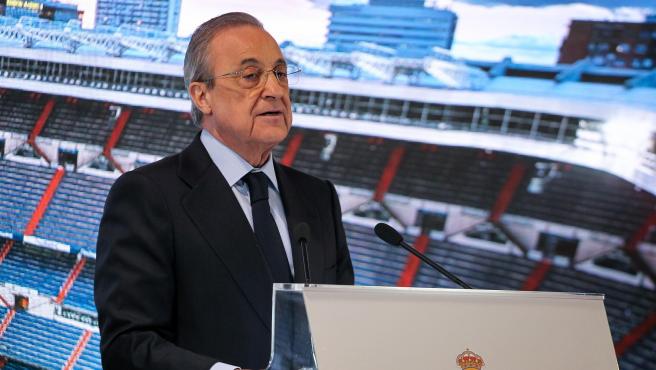 Florentino Pérez He passed this Thursday through the microphones of ‘El transistor’ of Onda Cero and spoke about the possibility of signing players like the French in the summer Kylian Mbappé, whom he defined as ‘a great player’.

“Everyone knows what my policy is, that the best play here. And that mix of the best and young people has given us success. We are working on that. We are this year in a stage of renewal aggravated by the pandemic, “he said.

“Everyone knows what I can do, they trust me. I have brought Figo, Zidane, Ronaldo, Beckham to Cristiano … Those who I and they believe are the best will come, whenever possible. Mbappé is a great player. But it is disrespectful to speak of players who are not at Real Madrid, “he declared in the José Ramón de la Morena program.

He also defended the idea of ​​betting on young footballers and referred to proper names such as Raphael varane Y Marcelo. Of the first, he commented: “We have not spoken with him yet. He has gone to the European Championship. Varane has always behaved very well, he is a gentleman. If he wants to leave he will say so and if he wants to stay, he will say so.”

“He has one year left on his contract. He is the captain, he has earned it, he has been here for many years. It is difficult to find a left-back like Marcelo. Along with his predecessor, Roberto Carlos, I think they are the two best left backs in history. What he has done has been a show, “he said about the Brazilian.

Pérez also delved into the possibility that next year football can be seen in the Santiago Bernabeu Despite the works that are being carried out there: “It will be in principle by the end of next year, at least the ‘fat’. The work is conceived so that it is working and at the same time the game can be seen.

“Members can enter here. We have to see how the draw is but it is designed so that during the works you can see football. In principle we do not need to go to play at Wanda Metropolitano, “he added.

“Young people no longer watch conventional television, they have other platforms and other ways of entertaining themselves. If we do not realize it, we will have a very bad situation“, underlined in this sense the Real Madrid leader.

Likewise, he argued in favor of the tournament that it is not closed nor does merit cease to prevail: “But how we have to start we must look at who to date have more followers. You have to take the ones with the most followers in the world, because they are the ones who buy it“.