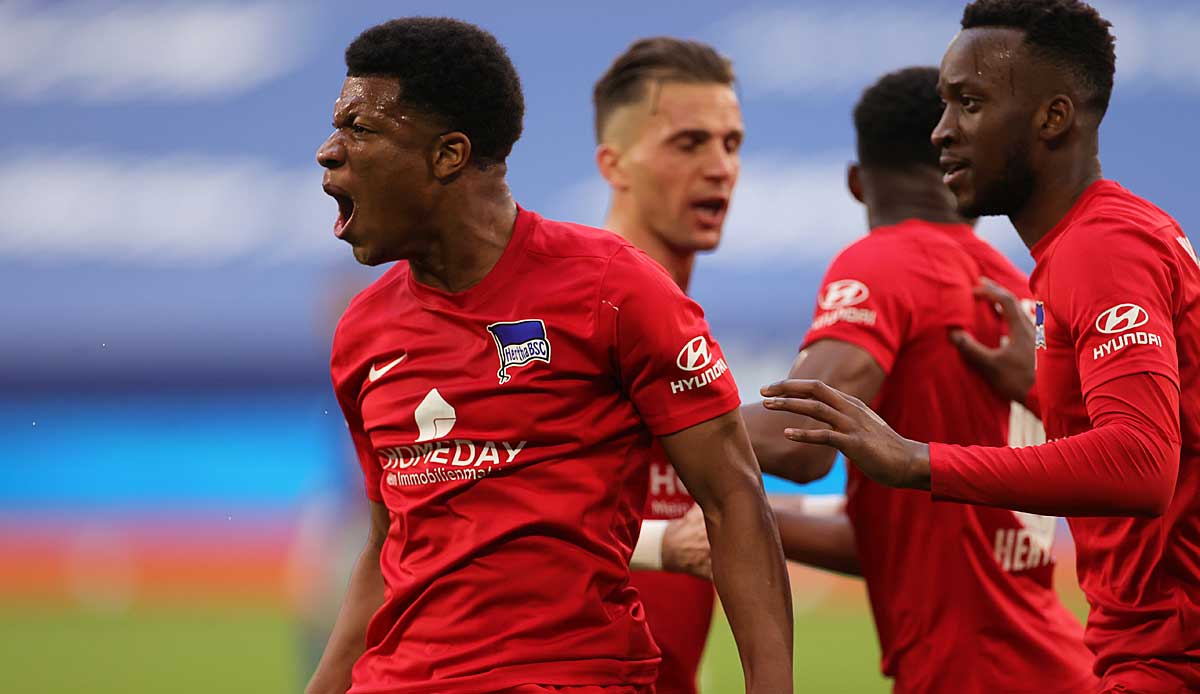 Hertha BSC has won the “bonus game” and has the main prize in the battle for relegation close in hand. In their last catch-up game against relegated Schalke 04, the Berliners prevailed 2: 1 (1: 1) and could achieve their goal ahead of time with a home win against 1. FC Köln next Saturday. The old lady had a huge fuss at the end when S04 hit the post twice in stoppage time.

The duel with the Royal Blues, who had been relegated for three weeks and who played with the last squad due to three corona cases, was described by coach Pal Dardai as a “bonus”. The “joker”, as requested by the coach, was only drawn by his team in the final phase. In the 88th minute, however, Dodi Lukebakio flew from Berlin with a yellow-red.

The bottom of the table was missing seven players after the corona outbreak – in addition to the three professionals who tested positive, there were also four contact persons who had to go into isolation in the quarantine hotel. Coach Dimitrios Grammozis expanded the Schalke Bundesliga record and offered the 40th player of the season with Blendi Idrizi from the Regionalliga team.

Dardai started the rotation again after the 0-0 win against Arminia Bielefeld. Only goalkeeper Alexander Schwolow, midfielder Lucas Tousart and striker Krzysztof Piatek remained in the starting line-up, with the two top scorers Jhon Cordoba and Matheus Cunha not injured.

S04 through Harit in the lead – Hertha comes back

Hertha rebuilt the gift. The Berliners took over control of the game more and more, but apart from a harmless long-range shot by Nemanja Radonjic (35th), nothing jumped out for a long time. Shortly before the break, Javairo Dilrosun shot twice from a promising position over it (44./45.+1).

After the break, Piatek failed with a header at Schalke keeper Ralf Fährmann (55th) and then had to leave the field injured. A little later, the guests were lucky that Klaas-Jan Huntelaar only hit the outside netting (58th).

After the Berlin leadership, Radonjic forgave the decision (83rd). On the other side, Schalke failed with Shkodran Mustafi and Benito Raman twice on the post within seconds (90. + 3).