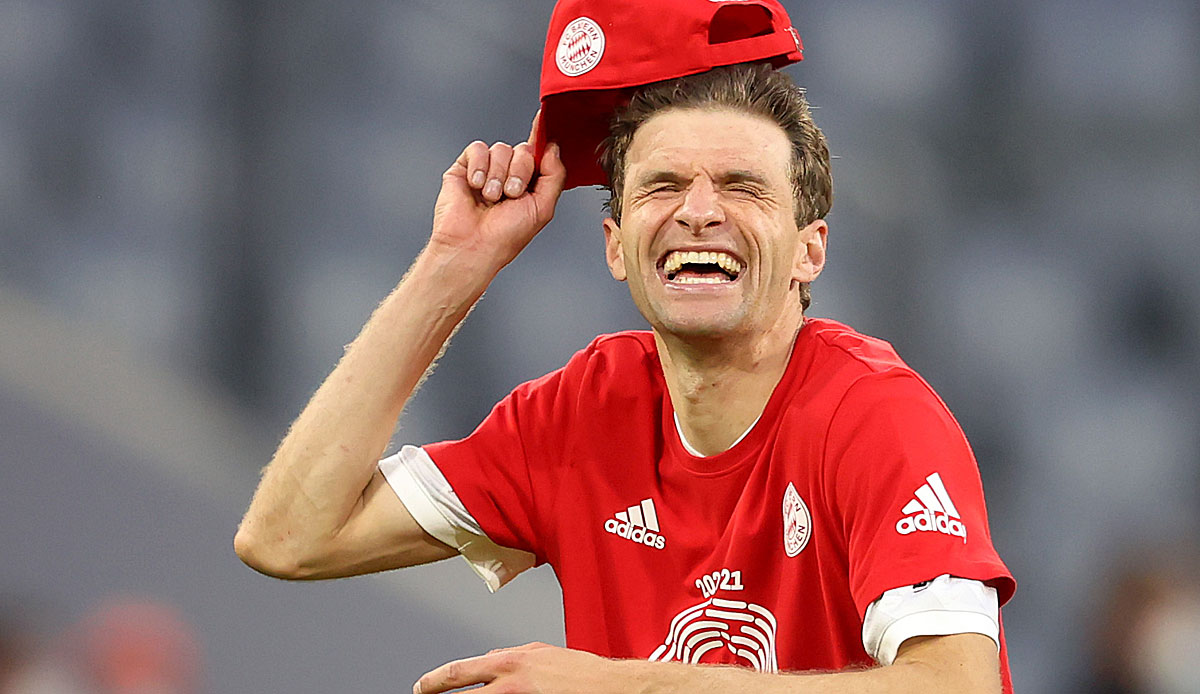 FC Bayern are German champions for the 31st time. After RB Leipzig’s 3-2 defeat at Borussia Dortmund, the Munich team beat Borussia Mönchengladbach 6-0, and they had already won the title before the game. The voices.

Thomas Müller: “Champion nine times in a row, that’s crazy. And I was there every time. I’m very grateful for that. When you go out as a little boy, you don’t think you’ll play in the first team at FC Bayern. You’re happy when you get tickets to the stadium. “

Manuel Neuer: “It’s always a special feeling to be on the pitch. Those moments when the game is slowly coming to an end, then it just tingles in the body. It’s also a satisfaction to be the best German club. Nine years in a row champions , that is a special achievement. “

Hansi Flick (coach Bayern Munich / at Sky): It was worthy of a Master today. That was a very high level, which our team showed. Of course everyone was a bit happy, but we are absolutely focused on this game, 100 percent. We want to deliver, that’s the team’s mentality. It was a pleasure to work with this team. “

Oliver Kahn (Board Member Bayern Munich / Sky): “We watched the Leipzig game together, the atmosphere was great. You don’t get used to it, it’s an incredible achievement. Now we can do something next season that no other team in the world has done before: ten times champions to become in a row. “

Fritz Keller (DFB President): “Congratulations to all of FC Bayern Munich on winning the German championship and thus on their fifth star. 31 championships, nine of them in a row – these are outstanding successes and an expression of a unique consistency Hansi Flick also played a large part in this. Unfortunately, FC Bayern will have to celebrate the championship for the second time in a row without fans in the stadium. I am sure that the champions will be back with his team next year Followers can cheer. “

Friedrich Curtius (DFB General Secretary): “Even if FC Bayern Munich was unable to repeat its fantastic collection of titles from last year, the early win of the 31st championship is a great success, to which Hansi Flick and his players, but above all Karl-Heinz Rummenigge, Herbert Congratulations from Hainer, Oliver Kahn and all those responsible and employees of the club. FC Bayern has crowned a difficult Bundesliga season, which was again characterized by the corona pandemic, with the ninth championship title in a row. Bayern can count on this unique performance and be very proud of their many fans. “

Joachim Löw (national coach): “Congratulations to FC Bayern on their early title win. I am especially happy for Hansi Flick and his players. They have been a tight-knit community for months and have overcome a great deal of resistance in this difficult season. This title win also gives the national players a tailwind for the next exhausting weeks, with the EURO ahead of us. We have planned a lot for that too. “

Oliver Bierhoff (Director National Teams and Academy): “Congratulations to the team, the coach Hansi Flick, the players, the staff and the people in charge of FC Bayern with Herbert Hainer, Karl-Heinz Rummenigge and Oliver Kahn at the top. Winning 31 titles is a true masterpiece and an unbelievable brand that has been a testament to the quality, the winning mentality and the dominance of this club for decades – nationally and internationally. “